10 LA Bars That Are Mandatory to Visit This Summer

Most of these names will be familiar to you Los Angeles residents, I’m not putting forth any revolutionary knowledge within this list or sending you off on a scavenger hunt for the next pop-up occurring in the warehouse district. Rather, I want you to spend your money and time at a few establishments that truly deserve it. Supporting local in LA is hard, because “local” spans a whole lot of space. As Los Angeles residents we know there are probably 78 bars within our own neighborhood that deserve our attention, but when you’re out and about this summer be sure the hit up the following top notch establishments and revel in each of their unique personalities. The Houston Brothers know a thing or two about running a fantastic bar, or rather nine fantastic bars. While each Houston establishment is perfectly curated to fit a specific and unique theme, Davey Wayne’s is truly something special. Dedicated to the brother’s late father, you can expect a night at Davey’s to be downright groovy, like you’re throwing a high school kegger at your parents place in 1973. DJs spinning classic rock, disco, and funk on vinyl with the occasional live band tearing it up on the living room stage paired with excellent 70’s themed cocktails and street food served from a teardrop trailer in the astro turfed backyard…seriously what’s not to love, man? We really love Jumbo’s, we’ve listed off the countless reasons why it is the best dive in the whole city once before and we’ll never tire of doting on our beloved dungeon of depravity and rock n’ roll burlesque queens. With the guaranteed influx of out of town visitors you’re sure to receive during the summer months, there is no better dose of sexy and weird and fun than a night at Jumbo’s. Capitalize on Summer’s inherent sultriness and spend maybe a little too much money on the beautiful ladies of Jumbo’s.

Upstairs at the Ace Hotel – Downtown This one is a given. The rooftop of the Ace Hotel is the literal definition of summer congregated in one place. Plenty of lounging areas, incredible views of the sweltering city on all side, and so many babes hanging poolside. The cocktails and delicious tapas are really just an added bonus to the whole affair. After a full day of soaking in some Vitamin D, the whole place transitions into a swanky nightclub equipped with twinkling lighting, fireplaces, and DJs. You’re bound to fall even more in love with LA than you thought possible staring down at it from atop the fantastic Ace Hotel. If you’ve never entered the tacky little paradise on Sunset Blvd. known as Tiki-Ti, you have done yourself a huge disservice. This is another one of our go to spots, we can’t seem to spread the gospel of Tiki-Ti far enough. The inside looks as if the interior designer of a Hard Rock Cafe was tasked with a Gilligan’s Island theme and the bartenders probably wish they didn’t look like Tommy Bahama’s employees, but this place is as golden as the rum used in their tropical concoctions. Tiki cocktails are so sadly underrated in our humble opinion, head out to Tiki-Ti to see if you agree. We could have easily listed every Houston Brothers owned bar for this list and called it a day, but decided that to be fair we would limit it to only two. Dirty Laundry is definitely the most understated of their adventurously themed bars, but that’s probably why we like it so much. The bar is tucked below street level on N. Hudson Avenue, we won’t give you the exact location – finding the entrance is half the fun. Once you’re inside, dim yellow light illuminates the subway tiled backsplash behind the bar and the tufted leather chairs and wood paneling will have you feeling like you’re not in LA at all. Rather, you could easily imagine yourself in late 1950’s NYC, about to catch your train home post a long day in the office and a couple stiff drinks. Basically, it’s an excuse to live out all your Don Draper dreams.

Rooftop at The Hotel Wilshire – Mid-Wilshire If the Ace is perhaps not exactly your crowd, there is another stunning rooftop pool with a portion of its cocktail menu devoted only to Mules – the blessed elixir of pretty much any spirit paired with citrus and ginger beer. The delightful yellow accented decor is almost too cute to handle, plush couches surround fire pits and the sparkling blue pool, combine all these things with a breathtaking Los Angeles sunset and you’ve got yourself a Summer night for the books. When we heard that the cocktail lounge next to the disco dance floor of the Honeycut was getting a makeover, we were a bit skeptical. The duality of dingy pre-prohibition era cocktail lounge next to a flamboyant light up disco circus in the next room just kind of worked somehow, this felt like a loss. Once we heard that The Deep End was the name given to what could only be described as a tiki bar in outer space…our feeling changed drastically. The cocktails are crafty, there is refractive neon paint and lights everywhere, and it is just downright weird. The Deep End is the best place to live out your intergalactic Saturday Night Fever dreams, which we’re betting you didn’t even know you had. Golden Road has recently launched their second location in Grand Central Market, but we’ve gotta say that the original location in Atwater Village is a summertime staple. Loads of outdoor seating, family and dog friendly, plenty of shade, and of course over 20 delicious local LA Golden Road brews make Golden Road’s original tasting room the perfect way to relax on a hot LA summer day. It’s definitely a more low key selection for this list, and certainly the most ideal for day drinking. You could even skip a day in your stuffy office and set up shop outside on one of their picnic tables with wifi, just don’t overdo it on ABV when answering emails. No one can argue that HLP is experiencing a surge of gentrification in the last few years. While there are of course drawbacks and unfortunate side effects to this phenomenon in very culturally rich areas like Highland Park, the benefit of gentrification is economic boost experienced by local bars and hangouts and the individuals who work in them. La Cuevita, formerly known as Little Cave, underwent a facelift a couple years back that still remains very true to its hood. The cocktail list focuses mostly on mezcal and tequila libations, and the dimly lit “mexican grotto” decor feels very Tarantino-esque, like you might have wandered into a modern day spaghetti western. After a few smoky mezcal margs, the narrow outdoor patio will transport you straight to Monterrey. A night spent at the Glendale Tap will feel a lot like you’re drinking in your dad’s garage, except you don’t have to worry that he’s going to catch you sneaking a can or two of his Coor’s Originals from the outdoor fridge. The vibe is so laid back with a couple pool tables, long and comfy bartop, a few bites to eat, and an incredibly curated menu of over 50 beers. Plus, the best part about Glendale is never have to stress too much about parking, what could be better? 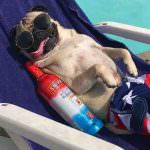 QUIZ: What Kind of Drinker Are You?Lifestyle 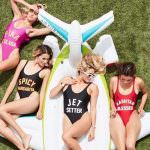 Need a Break From Adulting? This Is Perfect…Beer, Saucey