What Is the Difference Between Club Soda and Seltzer?

Club soda and seltzer are vastly popular beverages, often appearing both on their own and as ingredients in certain cocktails. Essentially, both of these drinks are just carbonated water, and you generally can substitute one for the other pretty safely. That said, there are some differences between the two.

Seltzer, also known as sparkling water, is defined as carbonated water with no additives. It is carbonated by injecting carbon dioxide into water. For brands like La Croix, seltzer is flavored to create the options that we know and love. It also may be used as a base for certain sodas.

On the other hand, Club soda is carbonated water with certain additives like potassium sulfate, sodium chloride, disodium phosphate, and sodium bicarbonate. These additives contribute to club soda’s flavor, which is subtle but certainly distinct from plain seltzer.

How to drink seltzer and tonic water

The difference in taste between seltzer and club soda is very subtle, especially considering that neither of them has much flavor, to begin with.

There are several different scenarios fit for enjoying a club soda or seltzer. Whether you’re taking a stroll through the park, at a party with friends, or just looking to cool down on a hot summer day, you can always rely on these bubbly beverages.

Both drinks are also great components to add to cocktails. One way to punch up the flavor of your drink or add a little carbonated zazz is to add some club soda or seltzer to your drink.

You can even make your own seltzer at home by using a SodaStream or any other home carbonation system if you’re the type of person who regularly enjoys seltzer.

Club soda vs. seltzer: which is healthier?

Club soda and seltzer have similar nutritional profiles. Even with the froth of bubbles they provide, both beverages do a fine job keeping you hydrated, which is always a bonus. Both also contain zero calories, which is a pretty great bonus.

Regarding nutrition, club soda is just slightly unhealthier, as it contains more sodium than seltzer does. However, it’s a pretty negligible difference. If you’re looking for something you can sip on daily, you’re probably better off going with seltzer. It is the purest form of carbonated water you can find. That said, no one is going to judge you for choosing club soda instead.

If you’re somebody that struggles to meet your daily water needs through drinking regular water, you may find it helpful to add a club soda or seltzer to your diet.

In addition, these beverages have shown immense value in aiding symptoms of an upset stomach. The carbonation from these drinks helps promote a healthy digestive system.

Cocktails with seltzer and club soda

There are a ton of famous cocktails that utilize club soda and seltzer. You can use these two soft drinks interchangeably in any of these recipes. Unless they’re flavored, it’s unlikely that you’ll even notice a difference between the two.

First off, we have the classic vodka soda or vodka spritzer. This cocktail is extremely simple to make and only requires four ingredients: vodka, lemon or lime juice, club soda or seltzer, and some kind of fruit to use as a garnish. We recommend a slice of orange.

There’s no shaker necessary for this one. In a tall glass, pour in two ounces of vodka. Add club soda until the glass is filled. Then, drop a squeeze of lemon juice in, and add your garnish.

This is a simple, no-frills drink, and you’ll really taste the natural flavor of the vodka with this one. For additional flavoring, use a flavored club soda or seltzer.

For a slightly more intricate drink, you can try making a gin fizz. The gin fizz is known for its creamy, egg-white topping, which completely covers the top of the glass. Underneath the fizz, the drink boasts a lemony-yellow hue.

In terms of sour cocktails, there are few drinks as elegant as this one. It is slightly sweet and slightly bitter but perfectly balanced.

To make this drink:

The key to getting a consistent fizz is to use a dry-shake technique. To do this, shake the ingredients without ice first. This allows the protein of the egg to build up into a foam-like texture.

Then, add ice to the shaker and shake it up again. This process cools down the drink and fortifies the foam. When you strain the mixture into a glass, you should be left with a thick, white frothy foam. Top with your club soda, and you have a delightful summer drink, all ready to go. 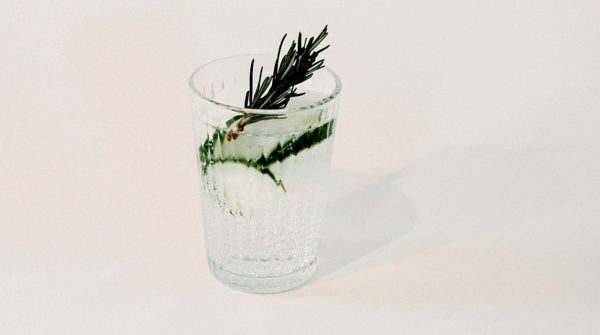 How seltzer came to be

The history behind carbonated beverages is long and eventful. In seltzer, it all started with a brand of naturally carbonated water produced in Niederselters, Germany.

This region housed several natural springs that possessed water with high carbonation and low mineral content. At the time, it was the ideal place to produce seltzer.

The first bottles of the drink were sold in 1728. Although seltzer has become a generic term for carbonated water, it was first sold exclusively in this quaint German town.

Americans would get their first taste of seltzer when immigrants started to bring it over from Europe. Pretty soon, Americans would try to imitate the carbonation of the Niederselters springs, injecting water with carbon dioxide. They would also add minerals like magnesium, which were found in the springs’ waters, to replicate the taste.

Officially, seltzer was never trademarked. Therefore, any carbonated water brand could label its product as seltzer. There were also no legal specifications surrounding the drink, stating what it should contain or not contain.

Many people during this time also called seltzer “soda water.” The term “seltzer” started to become popularized in cities like New York.

Another generic term that developed for carbonated water is club soda. However, unlike seltzer, this term has actually been trademarked.

The original club soda was created by Cantrell & Cochrane, an alcohol manufacturer, and distributor based in Dublin, Ireland. The drink was unveiled in 1877 and was first promoted as a beverage that promoted health. Specifically, the brand marketed the fact that their club soda neutralized lactic acid in the blood.

To this day, Cantrell & Cochrane still own the trademark of club soda. Often, this term is mistakenly used to describe seltzers or tonic water (which is sparkling water with the addition of quinine and sugar).

Club soda and seltzer continue to be some of the most popular cocktail ingredients in the world. They share the same neutral taste, which can be mixed into other drinks without overshadowing other flavors.

These two drinks also contain a highly acidic texture, which makes them a great bubble booster for mixed drinks. There’s no more effective way to add texture to your cocktail than adding some club soda or seltzer.

One of the best parts of seltzers and club sodas is that there are many different flavors out there for you to try. There are also plenty of spiked seltzers that are worth trying out if you’re looking to catch a slight buzz. Do you like grapefruit? How about some orange mango?

The Best Cheap Liquor To Use For Holiday CocktailsCocktails, Liquor

What Type of Beer Is Corona?Beer