So You Don’t Like Beer, Huh? This Will Change Your Mind.

I totally get it. Beer can be a weird, slightly salty sometimes, even a little sweaty tasting maybe? Beer doesn’t appeal to all palettes but that isn’t to say that the taste can’t be acquired. Beer is extremely diverse in it’s styles and flavors range from grassy to chocolaty and nearly everything in between. If the last time you attempted to like beer was back in high school from a keg kept at the wrong temperature at a friend’s house party then yeah, you probably think beer is the worse than drinking rain puddle water. Taking a sip off a strong IPA once probably didn’t help you much either.

I spent several years bartending at one of the biggest craft beer bars in a small town in North Texas. Nearly every day without fail someone would approach my bartop and tell me they didn’t like beer and didn’t know what to order. Once I figured out a few patterns with people’s preferred spirits, it was incredibly easy to match them with a beer that, much to their surprise, they thoroughly enjoyed. Beer can carry a lot of complex flavors and it’s a pretty much guarantee that something will resonate with you based on preferences you already know you have. Not everything is Keystone Light, ok?

So you’re a Cabernet Sauvignon drinker….try a strong Belgian Ale.

There will never be an exact replication of the nuanced flavors of red wine within beer, grapes are obviously much more complex and varied than grains could ever be. The preparation of Belgian ales is where the comparison lies, Belgians are barrel aged much like red wines and prepared with added deep red fruit flavors. So if you like a dry, warm, and hearty Cabernet or Merlot, start with Chimay Grande Réserve. Commonly known as Chimay Blue, this Belgian is extremely popular. Red wine drinkers will appreciate the fruit forward palate and the spicy finish with a smooth alcoholic burn. Unless you are stocked with tulip glasses, a stemless or large wine glass is the perfect way to serve this particular style of ale. Open the bottle and pour the mixture straight down into the glass, not off to the side like you might assume all beer should be poured. You want a belgian to create a nice frothy head to allow it to properly aerate, another similarity to red wine. Leave about an inch of the beer in the bottle and swirl it a few times before topping off the glass, there is a layer of light sediment at the bottom of Belgian ales that needs to be “activated” to achieve the fullest flavor.

I know that “pale ale” strikes fear into the hearts of many. India Pale Ales and Pale Ales are two distinctly different styles of beer, regular pales are nowhere near the bitterness of IPAs. If you like Chardonnay for its mild fruit, cloves, subtle banana and other tropical flavors with a bit of a peppery finish – then a golden Belgian pale ale will suit you nicely. Duvel is an excellent place to start. Duvel, much like Chimay Blue, is readily available most places and a very popular selection. The pour technique is the exact same as well. While any ale won’t exactly capture the buttery texture of a Chardonnay, the flavor profiles are very similar. If you can get past a little bubble and really chew on the body and depth of a golden or tripel Belgian ale, you will be pleasantly surprised as a Chardonnay devotee. The ideal temperature for serving is the same for both Belgian pales and Chardonnays, so take them from your refrigerator and allow them to come up to temp for 15-20 minutes before pouring.

You’re a Sauvignon Blanc or Pinot Grigio Drinker….try a Saison.

We love Sauvs and Grigio for their grassy and fresh dryness, nothing can compare to a chilled glass of either on Summer day, except for maybe a Saison. Saisons, often referred to as Farmhouse Ales, are the most complex “simple” beer there is. Saisons were created out of necessity, the style was invented by farm hands and field workers in winter months so that by summer, they had a perfectly smooth, slightly tart, lightly malted brew that went down easy and finished with a tad of sweetness in the blazing heat. If this sounds like your style of wine, try a Golden Road Saison Citron. Saisons were a nearly extinct style of beer until recently, but craft brewers have brought them back with even more complexity and character than before. Golden Road’s Citron is an excellent starting point, the added bit of California citrus really plays into the profile of a grassy white wine drinker’s palate. If you would rather try something more traditional without added citrus, Ommegang’s Hennepin Farmhouse Ale is a fantastic and critically acclaimed brew.

We love Old Fashions for their sweet burn and citrusy boozy warmth in our chests. If you haven’t noticed yet, there are a multitude of personalities within the Belgian Ale family. Tripel, dubbels, pales, and strong pales – the Belgians are a creative group when it comes to their booze. A Strong Belgian Pale will carry a high alcohol content and a dose of citrusy flavor, without being sweet. If you like a nice strong Old Fashion, then a Delirium Tremens is definitely the ale for you. The beer is named after a condition in which some people experience as a result of severe alcohol withdrawal, the afflicted often describe seeing visions of pink elephants. While the name and bottle design is a little tongue in cheek nod to the phenomenon, the ale itself won’t send you into psychotic fits. Hopefully.

Gose is a highly controversial style of beer right now, even though it has been brewed since the 16th century. It’s relatively new to the American craft brew scene, it’s a German specialty that happens to be controversial over there too as it does not comply with the Reinheitsgebot – or rather the “German Beer Purity Law” which really means it isn’t made exactly the way that Germany feels its beer ought to be made, definitely not that it is “impure”. While some craft brewers in the states have turned their nose up to the style, it is slowly but surely making it’s way into craft beer bars. And as it dang well should! It is a truly unique style combining very subtle tartness, with a dose of sour saltiness. As weird as that might sound, the flavor profile is perfect for those of us who love the brine and dryness of a good martini. There aren’t too many Goses on the market right now, but if this is how you prefer your drinks to taste then definitely give one a try when you find one.

Sweet drinks are a wide variety, a safe choice for those who aren’t too keen on the taste of alcohol. Whether it’s a margarita, a hurricane, rum and Coke, or a screwdriver, reaching for a nice wheaty Hefe will suit you nicely. Hefeweizens carry a sweetness that is natural to the brew without a lot of added sugar, the most notable of all sweet wheat beers is Blue Moon – but we can do much better than that. Blue Moon is alright, but there is a heavy amount of added flavor in that particular Hefe that doesn’t sit on the palate naturally. Try instead a Golden Road Hefeweizen. With Golden Road’s offering you’ll get a smooth, creamy, sweet but not too sweet wheat beer that goes down easy and doesn’t taste overtly like a malty lager. Banana and orange pair nicely with the heavy wheatiness and on even the hottest summer night can be extremely satisfying. No matter how stern you assume the Germans are…they know how to brew an approachable beer.

Beer is an adventure, much like wines and spirits. All you need to posses is an open mind to really enjoy the extensive variety of beer that exists out in the world. I love beer because of its history, beer is political and rooted heavily in the stories of its conception. I promise that with practice and the desire to like it, you will find a beer that speaks to you. Learn a little bit about different styles and I promise that whether it’s a Lambic or Imperial Stout, the consumption of a finely crafted brew will enrich your life immensely. Go forth and enjoy. Salud! 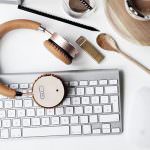