Tequila is one of the oldest types of alcohol in the world, with its origins stemming back thousands of years to religious rituals and special ceremonies in Mexico. This sharp yet smooth drink was born and bred in Mexico from the blue agave plant, which grows in certain regions of  the country.

The making of tequila is considered an art, with longstanding traditions and recipes that have been passed down for generations. It did not become popularized as a distilled drink (especially in America) until the 1900s, specifically after World War II, when the demand grew exponentially.

The process of making tequila begins with a ripe agave plant, which gets shredded and its juices extracted. It then goes through four steps before the final aging process: cooking, fermenting, distillation, and filtration. After these steps are complete, tequila is ready to be aged.

All tequila, regardless of the type, is aged the same way. The tequila is stored in wood barrels (oftentimes oak), where it is kept for a certain duration of time. The difference between tequila reposado and tequila anejo is simply how long they are aged in the barrels. The aging process affects two things: the color and taste of the tequila.

Tequila anejo is darker because it is aged for 12 months or longer (up to three years), whereas tequila reposado is aged for at least two months, but no more than 364 days. At the end of the day, your taste preference is the only thing that matters. For those who prefer a stronger and more flavorful tequila that can be enjoyed on its own, tequila anejo is a great choice.

As we mentioned, tequila reposado is a younger variation of tequila that is aged for at least two months, but it cannot be aged for more than 364 days. Otherwise, it will move to the tequila anejo category. Tequila reposado is used in cocktails and shots, along with tequila blanco or silver.

This type of tequila must be aged for 12 months but cannot be aged longer than three years. Tequila anejo can be used in cocktails that are darker and smokier, but many people swear by drinking it neat. Typically, if the tequila is darker and aged, it is served neat rather than in a cocktail.

What other types of tequila are there?

We have already talked about reposado and anejo tequila. Below is a list of the other three types of tequila and a bit of information about each one.

Tequila is a delicious yet strong liquor that comes in a few varieties. It is used in a range of cocktails and mixed drinks, most notably the classic margarita and the tequila sunrise. Originally used in ancient times, it quickly became popular in the United States and Europe in the 1900s.

The aging process for all tequilas is the same. The tequila is put into a wood (typically oak) barrel where it is left for specific durations of time, ranging from two months to three years depending on the type. If it is tequila blanco/silver, it is not aged, and the tequila is instead bottled after the distillation and filtration process. If the tequila is extra anejo, it is distilled for a minimum of three years and sometimes longer.

Tequila acquires its flavor profile and color depending on how long it is aged. It can be anywhere from clear to a dark amber color. Gold tequilas often have a caramel color added to them, but this is not always the case. The natural color variation of aged tequila is shades of amber, not gold. 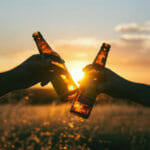 How To Buy Cigars OnlineBuy, Online