When Were Cigarettes Invented?

When Were Cigarettes Invented?

Tobacco is not something new. Pipes, chewing tobacco, ceremonial tobacco, and even medicinal tobacco tools have been around for thousands of years in all different cultures. In the United States, tobacco was originally chewed or smoked in a pipe. Cigarettes were not invented until the 19th century and reached an all-time high in popularity in the 20th century.

The tobacco industry was not officially established until around 1760, when Pierre Lorillard created a tobacco processing company in New York. His company is now the oldest tobacco company in the United States. As for cigarettes specifically, they were not popularized in the US until the 1840s, when two companies were developed for the production of cigarettes. These companies were Phillip Morris and J.E. Liggett and Brother.

Today, the cigarette industry is dwindling due to the introduction of e-cigarettes and vapes. In this article, we will talk about the history of tobacco, and the best places to buy it.

What’s The History Of Tobacco?

People have been using the tobacco plant for thousands of years, although admittedly in many different forms. The tobacco plant originated in North and South America and was largely used by several American Indian tribes in North America for religious and spiritual purposes. In many ceremonies, pipes of tobacco would be smoked.

At the beginning of tobacco’s usage, people believed it had medicinal benefits and used it for purposes such as pain killers, dressing wounds, and relieving toothaches. When used medicinally, it was typically used in the form of chewing tobacco and wasn’t smoked. It would also be packed into cuts and wounds to seal them.

Interestingly enough, the tobacco plant is in the same family as poisonous nightshade, potatoes, and peppers. And while potatoes and peppers might be edible, nightshade and tobacco are definitely not (so, pro tip: don’t eat them). The tobacco plant itself is big, but its seeds are extremely tiny. Just one small ounce of tobacco can contain around 300,000 seeds. This means one plant can help grow even more crops, which is one of the reasons tobacco plantations were so popular in colonial America.

As we mentioned, tobacco was grown in North and South America. So how did it make its way over to Europe and other parts of the world? We have Christopher Columbus to thank for that. The Native Americans he encountered on his visits to North America gifted him dried tobacco leaves, so he and his sailors brought the plant back to Europe.

Soon, there was a huge tobacco boom in Europe specifically, and it wasn’t just because smoking cigarettes became popular. It was actually because of the belief that tobacco could help with your health problems. In fact, for a period of time, people thought that tobacco could actually cure cancer. One Virginian, Thomas Harriet, even promoted smoking tobacco and breathing the smoke out through your nose; he later died of nose cancer.

When the late 1800s rolled around, people were heavily smoking pipe tobacco, and they were also chewing tobacco. There needed to be a more convenient and accessible form of tobacco, which is how rolling papers were invented. Commonly, rolling papers are made from wood pulp. In recent years, newer materials have been used, such as flax, rice, and even hemp. Wood pulp papers are the thickest type, which is why they have been so popular for so long.

Once cigarettes were widely produced, they quickly gained popularity. However, it wasn’t until World War I when they were finally seen as an everyday item that was attainable for everyone. This is due to the monumental increase in production and demand for a continuous supply that was brought about by the soldiers fighting in the war.

While the popularity of cigarettes grew, so, too, did its opposition. In the late 1800s and early 1900s, scientific and medical research showed the detrimental effects of cigarettes and tobacco on our health. Interestingly enough, the biggest opposition came from groups advocating for moral and hygienic purposes. The opposition really didn’t have anything to do with the actual health effects.

Popularity won over the opposition, and cigarettes only continued to increase in prevalence. In the 50s and 60s, a large majority of the adult (and even teen) population in the US was smoking cigarettes daily. To be more exact, approximately 45% of adults were smoking daily.

A few major brands developed in the 20th century. These included Camel, Marlboro, Lucky Strike, Winston, and Salem. In the 1920s, Camel was a force to be reckoned with, as they controlled 45% of the tobacco market. Eventually, as more brands were created, market control was more evenly distributed, but Camel and Marlboro have remained two of the biggest brands since their creation.

Starting in the late 1960s and early 1970s, more concrete research was produced proving that cigarettes (and all tobacco products) are pretty bad for your health. Due to this, companies had to include warning labels on their tobacco products stating the possible effects of smoking and chewing tobacco. Similarly, advertisements were no longer allowed to promote enjoyment and pleasure from using tobacco.

Where Can You Buy Cigarettes?

There are a few different ways to buy cigarettes. You can buy them in stores, specifically gas stations, grocery stores, and some liquor stores—pretty much any convenience store will sell them. There are also specialty tobacco stores that sell different types of tobacco products, including cigarettes. A better idea entirely is to buy your cigarettes (and all your tobacco products) from Saucey.

The reasons you should buy your cigarettes from Saucey include price, convenience, and options. If you shop at a specialty tobacco store (and even some convenience stores), you can bet the prices will be increased there. As for convenience, sometimes you just don’t feel like going to the store. Or maybe you did go, and you forgot something while you were there.

Either way, we will deliver whatever you need right to your door. Talk about convenience! You never even have to get up or go anywhere (besides the front door, that is). You can have your order in no time, with the average delivery time taking thirty minutes. If you’re planning ahead, you can schedule a delivery time that works for you.

Now let’s talk options. You want them, and we’ve got them—we have over one hundred cigarette varieties to choose from. Our most popular brands include Camel, Marlboro, Newport, and Natural American Spirit. If you don’t like any of those brands, don’t worry; we’ve got a ton more.

And, if cigarettes aren’t your thing, we’ve got you covered too! We carry all types of tobacco products, including chewing tobacco, cigars, and vapes. We even have accessories such as rolling papers and cigar cutters—told you we have you covered!

As you can see, tobacco has been a part of history for quite some time. It has played an important role in financial aspects in our country because it made up such a large percentage of purchases, stocks, and crop farming for hundreds of years. A federal tax was imposed on cigarettes in 1864, which generated even more money for the United States.

It is very interesting to see how smoking has developed throughout history. From believing tobacco could cure cancer to now understanding it causes cancer, to 45% of adults smoking to less than 20%, it’s true that everything changes with the times.

In recent years, smoking cigarettes has become less popular, especially in the US. This is due to ads targeted towards young people encouraging them not to start smoking. Another reason is because of new tobacco products, such as vapes and e-cigarettes. These are slowly starting to replace cigarettes entirely, especially with younger age groups. Many brands, such as JUUL, are being marketed towards adult smokers as a way to help them quit smoking cigarettes. 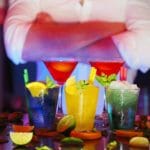 What Are Bitters and Why Do We Put Them in Cocktails?Cocktails 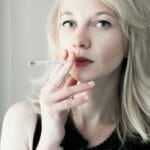 Why Do People Smoke Cigarettes?Uncategorized