Award season is upon us and the nominees have officially dropped. Critics, movie snobs and internet trolls everywhere are hitting the blogs to let the world know how they feel about it. Me? I’m wondering what kind of wine I’ll drink.

This year, the event the red carpet was created for celebrates its 90th year. We’ve decided to celebrate in style with the only wine that really makes sense. Coppola Wines.

When it comes to feature films and fine wines, Francis Ford Coppola knows a thing or two about both. First known for his career as an award winning director, writer, and producer (The Godfather, Apocalypse Now, Bram Stoker’s Dracula), Coppola came from a family of winemakers. The 78-year-old’s grandfather started making wine in the basement of his New York City apartment complex over a hundred years ago. Thankfully, Coppola isn’t making the same basement wine his grandfather did.

From producing Oscars-worthy feature films to award winning fine wine, Coppola is a man of many talents. So, we’ve decided to honor Coppola and his unique connection to both cinema and wine by pairing a selection of Coppola’s Directors, Director’s Cut, and Diamond wines with this year’s Oscars ceremony. As Francis Ford Coppola says, “drinking wine is just a part of life, like eating food”. We plan to do a lot of both during this year’s show!

“Wine is so much more than a beverage. It’s a romance, a story, a drama- all of these things that are basically putting on a show.” -Francis Ford Coppola

We couldn’t agree more. Whether you’re making wine or films, people only want to watch the show if it’s good. This year’s Best Picture nominations truly represent the best cinema has to offer. Just like a great bottle of wine, they can make you laugh, cry, or send regrettable texts to an ex. Combine the two, and you don’t stand a chance. You may as well hide your phone, grab a box of Kleenex, and commit.

Whether you’re rooting for intense, racially charged, Get Out, dramatically comedic coming of age story, Lady Bird, or something in between, you’re going to need a glass of wine to calm your nerves. Best Picture is arguably the biggest category of the night, so you’ll need a bold wine to match.

We’re planning to get red carpet ready with a bottle of Director’s Cabernet Sauvignon. A complex wine with a luscious body and plenty of dark, juicy flavors, I think we can all agree this wine has major ‘it’ factor.

With national movements like #metoo and Time’s Up making headlines, here at Saucey, we’re using this year’s awards to celebrate all the strong, talented, and deserving women of film. They’ve fought their way to the top in a male dominated industry, and tonight they deserve to be celebrated. Whether it’s Meryl Streep being honored with her 21st nomination for The Post or Margot Robbie’s first nomination ever for I, Tonya, we toast to all the leading ladies of film.

Diamonds are a girl’s best friend, and wine is no exception. While you’re waiting to see which talented woman will take home the award, we suggest enjoying a glass of Claret from Coppola’s Diamond Collection. A bold red blend worthy of any leading lady, it’s truly Coppola’s prize offering.

This year’s selection of Best Lead Actor nominees come from a refreshing blend of unique movies. Denzel Washington is up for his sixth Best Lead Actor (9th overall) nomination, for his compelling role as lawyer Roman J. Israel Esq. Lead actors Daniel Kaluuya (Get Out) and Timothee Chalamet (Call Me By Your Name) are both up for their first Oscar.

In the horror film, Get Out, Kaluuya plays a photographer who visits his white girlfriend’s parents for the first time, only to discover they have some pretty messed up reasons for welcoming him in to the family. Whereas, Chalamet takes on the hot topic of sexual identity in the compelling novel turned Screenplay, Call Me By Your Name. In his role as a 17-year-old Italian boy who becomes enamoured with a visiting American graduate student, Chalamet’s character pushes the boundaries of heteronormative mainstream media.

In honor of first time nominee Daniel Kaluuya and his dark and twisted film, Get Out, we’re suggesting a seriously dark wine to match. Director’s Merlot is packed with lush red and black fruits, creating a deliciously dark and fruity blend. This wine is perfect for sipping from the edge of your seat while you wait for “the winner is…”.

The Cinematography category is making headlines at this year’s Awards for all the right reasons. As we continue to make strides towards equality in the film industry (and the rest of the country), Rachel Morrison is making history as the first woman to be nominated for an Oscar in the category of Cinematography.

She earned her nom for her humanistic camera work as the Director of Photography (DP) in the film, Mudbound. She cites one of her major inspirations as the DP from the Godfather films, which just so happened to be directed by Francis Coppola. Coincidence? We think not. More like an excellent reason for a drink. Cheers to breaking boundaries, knocking down glass ceilings, and demolishing a bottle of wine to celebrate.

While Coppola dove head first into the art of filmmaking, he decided to hire a professional for winemaking. Although the winery was Coppola’s brain-child, he respects the art enough to allow his winemaker Corey Beck a great deal of autonomy. The result has been a long list of delicious, dramatic, cinematic wines. Including their Director’s Cut Cinema. This sweet, smoky, blackberry pie of a wine is sure to be a blockbuster at any awards party.

Two of the nominees for Best Director are making more than just films. Jordan Peele is making history as the fifth black director to have ever been nominated for Best Director. Peele is also the first person of color to be nominated for directing, writing, and best picture all in one night for his racially charged film, Get Out. In a recent interview, Peele reports ugly-crying over the phone when he received the news of his nominations. We’ve all been there. Well, the ugly cry, not the Oscar nomination.

Filmmaker Greta Gerwig is making herstory as the fifth woman to have ever been nominated for the Best Director Category, and the first in eight years. Her film, Ladybird, also won nominations in four other categories.

Fun Fact: one of the four women nominated for Best Director before Gerwig was none other than Sofia Coppola, daughter of winery owner Francis Coppola. She was nominated in 2004 for her film, Lost in Translation. Cheers to making herstory!

For a variety of reasons, the film that gets released is not always the vision the director had in mind. The ‘Director’s Cut’ of a film is thought to be a most pure and artistic version of the director’s vision, unhampered by rating systems, studio obligations, or time restrictions. That was what Coppola had in mind when he launched his Director’s Cut line. A place for winemaker Corey Beck to see his artistic vision to delicious fruition.

In honor of the artistic vision of directors everywhere, we suggest sipping some Director’s Cut Cabernet Sauvignon while you toast to 2018’s Best Directors.

During this year’s awards, join us in raising a glass to all of the hardworking, talented, and deserving women of film. We drink to your accomplishments, success, and amazing acting. Most of all, we toast to your right to equality in all endeavors. Cheers!

First time getting Saucey? We’ll have you red carpet ready in no time. Use promo code READINGROOM for $10 off your first order. A Crash Course in CognacWine 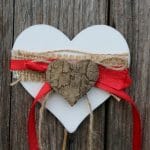