Our Eggnog And Rum Recipe To Try During The Holidays

You can’t go wrong with eggnog around the holidays. Along with hot apple cider and mulled wine, eggnog is one of those classic holiday traditions that you just have to enjoy every year. On a chilly winter night, there’s nothing better to warm you up than a toasty glass of eggnog.

The best way to enjoy eggnog is around a cozy fireplace with your loved ones around you. For ages, this drink has brought people together, and it still has the same effect today.

So how do you make eggnog? Well, with hundreds of years of history behind it, there are endless ways to prepare this drink. The recipe you choose will depend on your personal preference.

For the full experience, you can make it from scratch. This way, you can see what goes into your drink and you can really customize it to your liking. For a quicker and more convenient process, you can simply use a premade eggnog mixer. You can find these at your local supermarket or convenience store.

Today, we’re going to be learning how to make eggnog from scratch, and we’re actually going to add a bit of a twist to the recipe. One way to spruce up your eggnog is to add some rum to it. In terms of liquor, rum is one of the best ingredients you can use because it adds a layer of sweetness to the drink that contrasts well with its natural, eggy flavor.

Rum eggnog is more complex in flavor and thicker in texture than your average Christmas cocktail, and it is the perfect treat to enjoy with some holiday snacks like Christmas cookies or brownies.

So what are you waiting for? Let’s get to mixing! To learn how to make your own rum eggnog, continue reading below with Saucey! 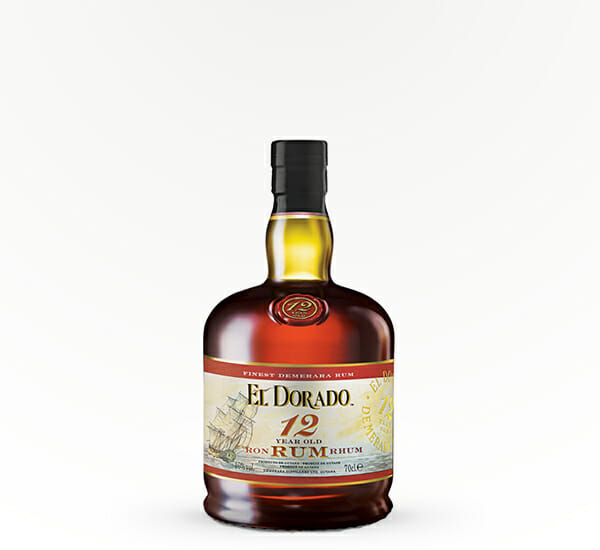 Eggnog is great, but alcoholic eggnog is even better. Leave some of the regular eggnog behind for the kids, and get ready to make a kicking drink for yourself!

For the base of your eggnog, you’ll also need some egg whites and egg yolks. You can buy these parts separately or separate them yourself. It is important to separate them, as it’ll help create a more intense flavor.

You’re also going to need some almond extract, which will give the eggnog a nutty taste. In addition, you’ll need vanilla extract to add an extra punch of flavor.

You should also have some sugar handy, as well as some heavy cream and some powdered cinnamon. Optionally, you can use grated nutmeg as a garnish. And lastly, you’ll need a martini glass to pour your drink in when you’re all done.

Assuming you haven’t separated your egg yet, split the egg into two bowls. Using a hand mixer, stir the egg yolk until its consistency is stiff. Then, add a teaspoon of sugar to your bowl of egg whites and stir it until peaks form.

Very carefully, fold the egg white and yolk with a spoon. Using a separate bowl, mix your heavy cream with your almond and vanilla extracts. Add a teaspoon of sugar and stir until it’s stiff.

Slowly pour the mixture into your bowl of egg whites and yolk. Add nine ounces (1 ¼ cup) of rum and stir. Your mixture should start to resemble the color and texture of eggnog by now.

Refrigerate the drink overnight or serve it right away over ice in a martini glass. If you’re serving a party, you can use a punch glass.

Sprinkle some grated nutmeg and cinnamon on top of the drink when it’s ready to serve, and enjoy!

Switch up your eggnog recipe

You don’t have to stick to this specific recipe, though. Feel free to play around with the ingredients and adjust the recipe to your preference.

Instead of almond extract, you can use amaretto instead. Amaretto is a sweet Italian liqueur tasting heavily of almonds. Substituting the almond extract with this liqueur will make your eggnog a bit stronger, but retain the almond flavor, so drink at your own risk.

You can also make your recipe lactose-free. A lot of people don’t like the creaminess of eggnog, as it can be taxing on the stomach. To remedy this issue, use a lactose-free cream. Your eggnog will taste just as good; it just might take on some of the flavors of the alternative dairy product that you’re using.

Not a fan of rum? You can also use this recipe with brandy or whiskey. Both of these liquors are common ingredients in eggnog and provide a unique taste profile, so play around with your eggnog recipe and see what kind of flavor combinations you can come up with.

The rich history of eggnog

The word “nog” was first used in the 1690s to describe a strong beer that was brewed in East Anglia. An alternative definition suggests that the word is a derivative of “noggin,” a Middle English word.

There is some dispute among culinary historians about where eggnog comes from. However, most agree that the drink was first made in early medieval times by the British. It was originally called “posset” and was served as a warm, milky, ale-like drink.

By the 13th century, monks began making posset with eggs and figs. This is when the drink we know as eggnog came to be. During this time, milk, eggs, and sherry were luxury foods reserved for the wealthy. As a result, eggnog became popular in celebratory toasts.

In the 1700s, eggnog made its way to the American colonies. It was in America that the drink would become attached to the holiday season.

The American colonies were known for their production of rum. With how much rum was flowing through the colonies, it was a no-brainer for them to adopt eggnog.  The drink quickly became a hit in America. Even George Washington published his own famous alcoholic eggnog recipe.

It doesn’t have to be a holiday party to enjoy a delicious glass of eggnog. There are several ways to implement this drink in your daily life.

How about in your coffee? In the mornings, you can substitute your coffee creamer for a touch of eggnog. It’ll add some extra creaminess to your drink, as well as some depth of flavor.

You can also make hot cocoa with eggnog. Instead of steamed milk, throw in some eggnog for a sweeter, richer taste.

That’s not all, though. You can also use eggnog in your next milkshake. Just throw a few scoops of vanilla ice cream into a blender along with some eggnog and some ice cubes, and you’ve got yourself a wonderful eggnog shake. For some additional sweetness, throw some chocolate chips in there as well. You can also experiment with different types of ice cream to find something that you love.

Now that you know more about this decadent holiday treat, you can appreciate it fully. When it comes to the holidays, eggnog is the go-to beverage. No other drink can match the melty, creamy sweetness of this classic.

Eggnog isn’t just a gimmicky drink used for marketing purposes. It is a storied tradition with hundreds of years of history backing it. There is a reason it’s lasted for so long and is still so popular.

This holiday season, make it a priority to enjoy a warm glass of eggnog. There’s no better way to spend your winter nights than in the warmth of your home, sipping some eggnog with your loved ones. So grab your eggnog, cozy up by the fireplace, and get ready for a great night!

Saucey carries a plethora of different spirits, beers, and wines, as well as pre-made alcoholic eggnogs! Try the Pennsylvania Dutch, which consists of whiskey, rum, and brandy. Not many eggnogs can compete with the intense creaminess of this product.

What Type of Beer Is Corona?Beer

8 Christmas Cocktail Recipes You Can Make In AdvanceCocktails & Recipes