How Long Is Beer Good For?

How long does beer really last?

You may be under the impression that liquor doesn’t expire. However, this isn’t entirely true. While beer, wine, and spirits have a longer shelf life than most foods, they do eventually go bad. There are a variety of different factors that affect how long your beer will last.

In this article, we’ll tell you everything you need to know about how long your beer will last, how the styles of beer differ, and what you can do to extend your beer’s lifespan.

What is beer made from?

Beer is made from raw materials, and thus, like any product made from plants, it goes bad. Beer is made by a complex process of boiling and fermenting. The standard ingredients in beer are malt (made from dried barley), water, and yeast. The mixture is then allowed to ferment, which produces the fizziness beer is known for. Hops are added towards the end of the process. Hops impart bitter, floral, or citrus notes and aromas. They also play a big part in stabilizing and preserving the beer.

How long does beer last?

Most beers will have a printed expiration date on them, which will tell you when they technically expire. No beer can last forever, and manufacturers protect themselves from lawsuits by printing an expiration date on their packaging. Drinking expired beer usually won’t hurt you. However, the taste will change substantially.

When properly stored, the expired beer won’t have a different effect on your body than fresh beer. You shouldn’t have any adverse reactions. However, it may taste stale or even bad, and may no longer have carbonation.

In general, sealed beer is usually shelf-stable for six to eight months after its use-by date, and longer if it is refrigerated.

Examples of beers below 8% ABV are:

Examples of beers above 8% ABV are:

Has the beer been pasteurized?

During the pasteurization process, cans and bottles of beer are run through a hot water spray, around 140 degrees. This is designed to kill harmful bacteria and stop any yeast in the beer from growing. Craft beer companies typically choose not to pasteurize their beers because pasteurization equipment is expensive, and they want their beers to be consumed as quickly after bottling as possible.

Examples of pasteurized beers include:

Beers that are not pasteurized include:

The place beer is produced definitely plays a factor in how long beer will last once it gets to you. Foreign beers have to travel farther, and thus, you have less time to drink them before they go bad. Additionally, the farther beer has to travel, the higher the chances the beer was agitated, exposed to sunlight and heat, and fluctuated in temperature.

The popularity of the beer

While the popularity of beer doesn’t directly affect how long it lasts, it will affect how long you have to drink it after you buy it. If your favorite beer flies off the shelves, chances are the package you buy is fresher and will last longer. Unpopular beers typically aren’t restocked in liquor stores as often, so you have a higher chance of getting an old batch.

Beer in cans typically has a longer shelf-life than beer in bottles. This is because cans tend to block out direct sunlight and seal out oxygen and potential contaminants. If you don’t like cans, brown glass bottles typically keep beer fresh longer than clear or green bottles. Brown glass bottles act like sunglasses, keeping UV rays at bay and preventing skunking.

You can control the temperature of your beer after you purchase it, but what about before? Refrigeration extends beer’s shelf-life, and keeping it out of direct sunlight is critical. Pay attention to the way beer is stored when you buy it from the store. Beer that is chilled, and standing upright, will last longer than beer that is stored at room temperature.

How can I tell if my beer is bad?

It can sometimes be difficult to tell if your beer has gone bad. There are a variety of different things to look for if you’re unsure your beer is bad. However, different types of beer will behave differently once they’re past their prime. If you notice any of the following things, you should avoid consuming the beer.

The beer has a skunky smell

This seems obvious, as skunk isn’t an appetizing smell, but a sure sign that beer has gone bad is a skunky aroma. In fact, there’s even a term for this in the beer community. If you hear someone refer to a beer as “skunked,” it means it has gone bad. Skunking happens when beer is exposed to a high quantity of UV rays that are not blocked out by the beer’s packaging. Beers like Heineken, which comes in a green bottle, and Corona, which comes in a clear glass bottle, are especially prone to skunking.

Until your beer is open, it shouldn’t come in contact with any oxygen. Early contact with oxygen results in oxidation of your beer, which leads to a stale, cardboard-like taste. This is usually why beer you drink from a keg that has been tapped for too long will taste so stale.

Unless you’re drinking a craft beer that’s designed to have a buttery flavor, if your beer tastes like popcorn, it probably means it’s spoiled. Diacetyl is a buttery-flavored compound that’s produced in almost every beer fermentation. Exposure to too much diacetyl can be dangerous for your lungs. Luckily, the amount found in expired beer isn’t really enough to hurt you, but it’s still something you want to try and avoid.

If you notice any odd flavors in your beer, chances are, they aren’t intentional. If you notice any flavors of cabbage, sewage, sulfur, or any abnormally sour taste, it probably means you shouldn’t drink the beer.

How to store beer to make it last

The best way to extend the life of your beer is to keep it stored in the fridge. Not only does this keep the beer’s temperature stable, but it also helps to slow the aging process and blocks out UV light. The ideal temperature for beer storage is around 50 to 55 degrees.

Storing your beer in a dark place will also help to keep it fresh. If you can’t dedicate your fridge space to large quantities of beer, the next best thing is to keep it in a cool, dark room, like a basement or a cellar.

Finally, keeping beer stored upright will help to keep it fresher longer. This ensures that the smallest portion of beer is exposed to oxygen. When stored on its side, more beer comes in contact with the oxygen in the bottle, which can lead to unnecessary oxidization. Storing beer upright also helps to slow the aging process.

Like all food and drink, beer does eventually go bad. However, the rate that beer goes bad depends on a variety of factors, like its packaging, its pasteurization, and its storage. Storing beer properly helps to ensure that it stays fresh for as long as possible. Always keep your beer in a cool, dark place, and store bottles upright to help prevent oxidation.

If you’ve just opened a six-pack that’s past its prime, you can always order replacement beer on Saucey. With speedy delivery and no order minimums, you’ll get your favorite beer delivered to your door in a flash. For all your wine, beer, and spirits delivery needs, count on Saucey. 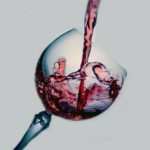 Merlot Vs. Cabernet: Which Is A Better Red Wine?Types of Alcohol, Wine

Patron Vs. Don Julio: Which Is The Best Tequila?Tequila, Types of Alcohol