How Many Calories In a Shot of Rum?

The feeling you get after taking a shot of rum is like no other. That spicy, woody, earthy burst just hits you right in your throat.

With most rums floating around the 40% ABV mark, you’ll likely feel a nice buzz afterward, too. Don’t go too crazy, though. Things can quickly go left when rum shots are involved.

Shots are meant to be chugged. You’re not really supposed to even taste the alcohol you’re drinking. So that means, although many people love the taste of rum, it’s best to take your shot fast.

The rum finish is smooth, but it still kind of burns, so you should know what you’re getting yourself into when you take a shot.

It doesn’t have to be straight rum to be a rum shot. Try taking a shot of a delicious rum cocktail. One beloved drink combination is rum and coke.

You may be wondering, though: how many calories are in a shot of rum? Is all this indulging in rum going to mess with your diet?

Well, that’s a tough question to answer since there are so many different types of rums and ways to prepare a rum shot. Today, we’re going to discuss some of these nuances and attempt to tackle this question. To find out more, continue reading below with Saucey.

The different types of rum

Before calculating how many calories are in a rum shot, it’s important to know the different kinds of rums. The rums we’re going to be discussing today are:

Light rums are light-bodied and can also be referred to as white rum or silver rum. This is the most frequently seen rum in stores. Its palate is fairly sweet and mild. Regarded for its smooth taste, it is a popular ingredient in cocktails.

This type of rum is aged for a shorter period of time than any other rum variety. It can also be filtered after aging to remove its color before being bottled. Most light rums are made in Puerto Rico and aged in stainless steel tanks.

Gold rums are medium-bodied and are sometimes called amber rums. In terms of flavor, they are rich and smooth. After being distilled, caramel is added to this rum, giving it a more distinct flavor and a stronger taste than light rum.

Oak casks are used to age gold rums, which contribute to their dark, smooth color. Sometimes, light rums in cocktails are substituted for gold rums.

Dark rums mainly come from Jamaica or Haiti and are known for their dark color and bold taste. They are heavy-bodied and produced from caramelized molasses and sugars. Dark rums are aged in heavily charred barrels for longer periods of time than light and gold rums.

Flavored or spiced rums are exactly what they sound like. These spiced rums are flavored with additives, usually with coconut, banana, orange, pineapple, mango, and more.

Overproof rums have an ABV higher than the standard 40%. They’re almost always only used as floaters in mixed drinks. Overproof rums are commonly used for making flamed drinks because their high ABV makes them very flammable.

The calorie counts of different rums

To give you a good idea of how many calories are in different kinds of rum, we’re giving you the calorie count for a specific rum in each category discussed above.

Now, these values are just for straight-up rum shots. When you begin adding different components to your shots, the calories will go up. But with these bases, you should have a solid idea of how many calories each shot is costing you.

Cool rum shots that you can try

There are several innovative ways to spice up your rum shots—just be wary that any mixers you add will seriously add to the calorie count. Of course, the natural taste of rum is great. But don’t let that stop you from experimenting.

One of our favorites is the hot buttered rum shot. Doesn’t that just sound delicious in itself? This shot is great for the winter months. Just combine some dark rum with vanilla extract, brown sugar, and butter. Add some additional winter spices like nutmeg or cardamom if you want.

The Café Con Ron is also an amazing option. This shot essentially tastes like coffee and rum. Its ingredients include dark rum, cold brew, and RumChata, a sweet, cinnamony liquor. This drink is great for the mornings or early afternoons, especially on a warm day.

Next on the list is the Daiquiri. Technically, this one is a cocktail, but it can still be served as a shot.

This shot combines rum, lime juice, and simple syrup. Just pour up any rum of your choice and taste the tangy, fruity notes of this drink.

With two different kinds of rums and a variety of different fruit elements, you really experience an explosion of flavors with this shot. It is sweet and smooth but strong enough to have you buzzing with the white and dark rum.

Last but not least on the list is the Big Bamboo Shooter. This is the only shot on our list that uses overproof rum. It is a blend of orange and pineapple juice, dark rum, simple syrup, and bitters.

Few cocktails do as good of a job mixing sweet and bold notes together.

In its rawest form, rum is distilled from sugar. Typically, it’s made from the byproducts of sugarcane, such as molasses or sugarcane juice.

When made with sugarcane juice, rum is distilled and fermented. A clear liquid is formed, then aged in oak barrels for further brewing.

This process is long and tedious, usually taking several years. However, the final result is a perfectly refined, distinctly tasting rum.

When it isn’t fermented with sugarcane juice, rum is generally sweet. But after being brewed, the taste changes.

Where rum comes from

Rum is produced in a multitude of countries all over the globe. But a majority of the world’s rum comes from the Caribbean and Latin America.

The history of rum is quite murky, but judging from its production rate, some have suggested that the drink has Latin American roots.

Sugarcane was first introduced to the West Indies when Columbus brought it over from Europe. The first variations of rum were made in Barbados, Brazil, and Jamaica.

One thing that we know for sure about rum is that there are no rules when it comes to this drink. And that applies to where it’s made.

Many different styles of the spirit have been produced from varying areas. There are many contrasting interpretations of this drink, which is what makes it so special. Usually, these differences are in the distillation and fermentation processes.

Rum shots are an exquisite treat, but they’re definitely not low in calories. For this reason, as with most other vices in life, it is imperative to drink in moderation.

Maybe rum shots aren’t ideal as an everyday habit. But with all this information in mind, hopefully, it will be easier to control your calories when drinking. Nothing is wrong with taking a rum shot here and there, so long as you pay attention to what you’re knocking back.

For instant access to hundreds of different rums, check out Saucey. We carry rums of all varieties, as well as other spirits, beers, and wines. Saucey is the premier alcohol delivery service in the United States, delivering to nearly every major city. 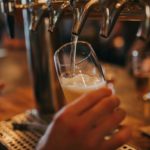 What Is Scotch Ale?Alcohol, History 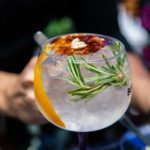