This month, we caught up with Stephen Fasano, better know as The Magician, to discuss music and champagne – his two favorite things.

At the age of 12 or 13 I got turntables and a mixer from my uncle who was a wedding DJ. I saw him perform twice and found fascinating the ability to make people dance while playing records. From there I trained myself for years in my bedroom, playing around with a lot of different musical genres before I got asked to play in a small bar in Belgium. I played there for over 2 years, every Saturday from 8pm – 5am, and learnt a lot.

When I was very young I listened to a lot of my dad’s music, artists like Queen, Abba, Supertramp, The Foreigners, Alan Parsons Project, Michael Jackson and all 80’s pop music. Then when my uncle gave me my turntables he also passed his record collection onto me, which was full of hits as well as some obscure Italo disco records. That was the New Beat clash in Belgium and I fell in love with that style of music but also fashion. I then went to London for the first time in 1993 and my love for the house/garage, breakbeat, trip hop and drum & bass music genres they had over there was re-born.

My girlfriend chose it, as she thinks I have magical powers. The Magician (a.k.a. Stephen Fasano) is a producer and House DJ from Brussels, Belgium. He was a member of the Balearic disco duo, Aeroplane. In 2011, Stephen re-worked Lykke Li’s “I Follow Rivers” and experienced a wave of success, with that one song generating over 64 Million views on YouTube alone. He followed that up with re-working Clean Bandit’s “Rather Be” in 2014 as well as his smash hit single “Sunlight.” He currently on tour in Europe and has millions of fans worldwide. His  latest mix showcases all of his favorite tunes from the year! Check it out here!

Check out The Magician on Soundcloud! 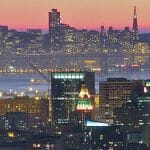