What’s the Difference Between a Mixologist and a Bartender?

You walk into your local bar. You take a seat. The person working the counter approaches you and asks what you’d like to drink.

Now, here’s a question to ponder: what do you call this person who serves you? A bartender? A mixologist? If you’ve spent any time reading about cocktails, you’ve probably heard of both terms.

Much too often, these two terms are used interchangeably with each other. In reality, though, these are two separate occupations. In fact, in some cases, the person working the counter at the bar could be both.

Let’s break it down. First, let’s discuss the more commonly used term of the pair, “bartender.” A bartender is exactly what it sounds like: a person who tends to the bar.

Typically, they’ll have to go through some kind of bartending school before being able to work. In school, they’re taught how to make a variety of cocktails, as well as how to manage crowds efficiently.

On the other hand, mixologists aren’t always behind the counter. They can be, but their primary objective is to create new drinks and make sure their bar keeps up with industry trends.

Mixologists possess a deep understanding of cocktail ingredients and the techniques used to put them together. Their job is to improve the state of their bar and advance the overall quality of mixed drinks in the market.

But the differences don’t just end there. There is a ton of contrast between these two jobs, so keep reading to learn more.

Mixologists have a variety of different responsibilities. A lot of mixologists work for multiple bars and restaurant groups, while others own their own bars.

Their number one job is to experiment with recipes and craft new cocktails. Generally, mixologists have a full set of standard bar tools to work with, but they will commonly use non-traditional ingredients to try and create new flavors.

In addition to creating cocktail recipes, mixologists are always keeping up with trends in the industry; for the sake of their own recipes and keeping their bars up-to-date.

Mixologists can also work as consultants for bars and restaurants, recommending different drinks and curating menus for them.

Even if a mixologist owns their own bar, they can still consult for other bars. This is a common occurrence and is a good example of how diverse the responsibilities of mixologists can be.

Mixologists also may work behind the actual counter. They’ll often serve as the head bartender or the bar manager, supervising other bartenders.

Bartenders can be found behind the counter at bars or restaurants, making cocktails for customers and controlling crowds. In this job, you have to be a skilled cocktail-maker, as well as a composed salesman.

When the bar is packed and filled with thirsty customers, a great bartender should be able to serve patrons orderly and efficiently without making mistakes.

If somebody asks a bartender for a Manhattan on the rocks, they should know exactly how to make the drink without even thinking. Though bartenders aren’t expected to invent their own cocktails, they should be able to make the classics effortlessly.

Another huge aspect of being a bartender is being personable and friendly. Though it technically isn’t a requirement, the most successful bartenders are the ones that are able to converse with customers.

The classic trope of bartenders is that they’ll listen to your problems. This is a frequently depicted scene in TV and film. When you’re looking to drown your sorrows in liquor, who else is better to vent to than your local bartender?

Not only do bartenders serve customers, but they also manage the register and stock of the bar.

As a bartender, you must be competent in handling money to avoid accounting errors and accidental losses. It is also important to keep the bar stocked to avoid running out of a particular bottle during busy hours.

The different motivations of bartenders and mixologists

One way to differentiate these two types of alcohol experts is to examine their motivations. For bartenders, their main goal while working is usually to serve as many patrons as possible and make as much money as possible.

To achieve this goal, a bartender must do everything they can to please their customers. For mixologists, however, a very small percentage of their job requires them to engage with customers.

Mixologists are more concerned with creating new cocktails and refining old ones. A mixologist might consider themself successful once they’ve made a name for themself through their cocktail inventions.

For this reason, you’ll normally find that mixologists are more knowledgeable about drinks than your average bartender. Most mixologists carry a strong appreciation for the history and evolution of mixed drinks.

The art of mixology continues to expand. Unfortunately, one effect of this growth is that the bartender position is beginning to lose its respect.

The label of “mixologist” is like a Ph.D. in alcohol. Mixologists usually go through the same training as bartenders, but their expertise goes much further.

With that said, a bartender’s job is much different from the job of a mixologist, and they can’t really be compared fairly to each other.

Another issue is that there is no universal certification for mixology. As a result, there are a lot of self-proclaimed mixologists out there who couldn’t manage a counter if their life depended on it.

The criticism of bartenders seems even more misplaced when you consider the career path of the typical mixologist; you can be a bartender without being a mixologist, but not the other way around.

Every mixologist starts out bartending, one way or another. Despite this growing negative stigma of bartending, it is a foundational skill in becoming a mixologist.

The impact of mixology

In the 1960s and 1970s, drinkers were known to order pitchers of gin and juice and Martinis. Shows like Mad Men helped popularize these classic drinks and introduce them to people all around the world.

However, the decades that followed were pretty slow for the cocktail industry. The scene was able to recover thanks to the efforts of passionate mixologists, who worked to bring new drinks to the market. “Professor” Jerry Thomas, the author of the famous book Bartender’s Guide, was one of those innovative creators.

The biggest impact of mixology was how it affected consumer demand. Previously, drinkers had few options when ordering a mixed drink. This would change as the market became more competitive, and consumers began demanding better products as time went on.

All of this commotion in the industry encouraged creativity from bartenders and mixologists. No longer could you get by, just serving the same five drinks they served in the ‘60s.

Today, there are countless mixed drinks to try, from the espresso martini to the frosé. This constant innovation has created a high standard for cocktails, benefitting the consumer greatly.

Whatever preferences you may have, you’re sure to find a cocktail out there for you. Sweet or bitter, smooth or dry, bold or delicate; the choices are endless.

There is a great deal of overlap of skills between the job of a mixologist and that of a bartender, but ultimately, they are separate career paths.

Mixologists are the sharp minds that work behind the scenes. They strive to make their bars’ drinks better and improve existing recipes. Without them, the industry would grow stale and boring, with the same drinks being recycled from bar to bar.

Bartenders are integral parts of the industry as well. Without them, the lively bars and restaurants that we all love wouldn’t be able to function. The bartender is the powerhouse of the bar, delivering drinks, socializing with customers, and making sure the facility is prepared for business.

Being successful in these roles requires the same amount of effort and commitment. Some may suggest that working as a mixologist requires education far more complex than a bartender.

However, the same argument can be applied against mixologists; working as a bartender demands a level of leadership and composure that is absent in the position of a mixologist.

It is imperative to uphold the reputation of both these jobs, as they are the backbone of the entire alcohol industry. We need great mixologists in this community. We also need phenomenal bartenders. They both serve a role in getting us the drinks we love. 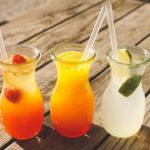 The Best Orange Liqueur To Use For Each CocktailLiquor