Rum Punch: What Is It and How Do I Make It?

Rum Punch: What Is It and How Do I Make It?

Rum is great, but it often gets a bad rap. We like to think it’s actually underrated because people tend to overlook it for cocktail recipes. This might be because many associate it with certain tropical drinks that are reserved for vacations and nothing else, but we disagree. Give rum a chance! We think you’ll find it can be used in way more recipes than the classic Pina Colada.

One thing that rum really is great for is party drinks. One such drink, in particular, is Rum Punch. Some might say it’s actually the original party drink, given the fact that people have been sipping on Rum Punch since the 1600s. This means your ancestors who came over on the Mayflower may have very well been sipping on this punch (although we imagine it might’ve been a bit different back then). Either way, it’s worth a try.

So, what exactly is rum punch? Of course, you start with a good rum. Use light or dark rum, depending on your preference and what flavor profile you want. Then, you can follow a recipe or get creative with the mixers. You can pretty much do any combination of fruit juices you like and still call it a rum punch—it really is just that easy.

Try something unique like guava or passionfruit, or keep it simple with orange, cranberry, and pineapple. The goal is to make it as fruity and delicious as possible. To make it, you can use two techniques. Either put everything in a punch bowl or pitcher with ice and stir until combined or add everything to a shaker and strain into individual glasses. Need more inspiration? Check out our favorite recipes below!

Before we dive into some delicious rum punch recipes, let’s first talk about rum itself. Rum is an alcohol that is distilled and made from the byproducts of sugarcane. This means it can be made from pure sugar, molasses, or syrup, depending on the brand and the specific distillation process. The good thing about rum is that it doesn’t matter which sugarcane product you use because they all give rum the same flavoring. It is the sweetest hard liquor, known for having a taste similar to that of toasted sugar.

Rum can be aged for short periods of time, but it is commonly aged anywhere from three to ten years. It is aged in different types of wooden casks, which is what gives each type its coloration, ranging from clear to almost black in color. Specifically, there is gold, white, dark, black, spiced, and flavored rum. Interestingly enough, the climate of where a brand’s rum is made plays a role in how long it will age. Hotter climates (like the Caribbean) will age their rum for shorter periods of time, while colder climates (like New England) will age their rum for longer periods of time.

Rum’s origins go back to the Caribbean in the 1600s, when its use was first recorded. In the US, it was first produced in New England in the 1700s. It did, unfortunately, have ties to the slave trade due to the fact that slaves were traded for sugarcane used in its production.

Nowadays, rum is a versatile liquor that can be used for shots, mixed drinks, or served on the rocks, which is the traditional way to drink it. Here’s a fun fact for you: rum punch is actually one of the oldest mixed-drink recipes, with some saying it originated in the 17th century (the time of rum’s creation). There are many ways to make it, and there are countless variations and recipes out there. Below, we’ve listed some of our favorites!

For those who want to try a unique take on rum punch, this one is for you. This recipe is also great for fans of White Russians and those who don’t like fruity drinks. Really, this drink is anything but fruity. It’s cold, sweet, and strong, but the exact taste is hard to describe unless you try it for yourself. Here’s what you’ll need for the Milk Rum Punch:

Fill a tall glass with ice. Put all the ingredients into a shaker with ice, and then strain into the chilled glasses. Top it off with a pinch of nutmeg for an extra kick.

Got a case of the wintertime blues? We feel your pain, we can relate, and we know just the thing to help brighten things up. Try this recipe for a delicious and tangy rum punch that will immediately make you feel like it’s summer. Unfortunately, sunshine and warmth are not included. Here’s what you will need to make it:

Even though there are a ton of ingredients for this recipe, the execution of making the drink couldn’t be easier. Simply load everything into a large shaker and add ice. Then, start shaking, and don’t stop until a frost forms on the outside of the shaker. If you are hosting for a group, you can use a large pitcher. If you’re going solo or just have a few friends over, you can’t go wrong with a tiki glass.

Bacardi is one of the most classic and highly-favored rum brands available. It’s been around since 1862, so it’s only right that they came up with their own rum punch recipe. Their recipe calls for a mix of rums, both black and light. Other than that, it is a pretty classic rum punch recipe. Here is the full list of ingredients:

Making their rum punch is easy enough. Add some ice to a tall glass, and then pour all the ingredients over the ice. Use a long spoon to stir everything together. For a garnish, try a lemon slice for a nice color pop.

When you think about the big bowls at parties filled with brightly colored punch, this is that recipe. This is the original (but modern) version of rum punch. There are only a few ingredients, and it will make the perfect drink for larger groups. It’s bright, fun, and super tasty. These are the things you’ll need to make it:

If you are going for the classic group party punch, then get a big bowl and fill it with ice. Then, add in all the ingredients listed above. Take a spoon and stir everything until it’s combined. Toss in some maraschino cherries for good measure.

This rum punch is a unique one because it’s fruity, tangy, sweet, and bitter all in one. This would be a great drink to serve as a signature cocktail at a party. Or you could also memorize the recipe and prepare it for guests when they come over. Either way, this is one recipe you will definitely want to try. These are the ingredients needed for the Prince of Wales Punch:

Take a shaker and add the chopped pineapple to the bottom of it. Muddle the pineapple and then add all the ingredients except the port into the shaker. Shake well and then strain into a glass with ice. Float the port on top of the drink and add fresh raspberries for a garnish.

Give Rum Punch a Go

Now that you’ve learned all about rum and how you can use it in a few different punch recipes, it’s time to start mixing up drinks for you and your friends! Decide on which variation of the rum punch you want to make first, and then head over to Saucey. We have a huge selection of rums for you to choose from, including light, dark, gold, black, and more. Then, pick out all the supplies you’ll need. We will deliver everything right to your door, so you can get to work on your rum punch masterpiece! 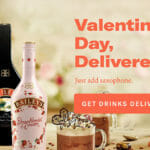 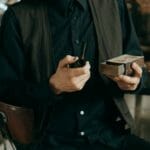