Smirnoff Summer Isn’t Over: Keep the Party Going with These Fresh Fall Flavors

Smirnoff ICE Green Apple is a juicy, sour malt beverage with full apple flavor. The delectable combination of sweet and tangy apple with tart lemon and a touch of carbonation can’t be ignored. As if you’d be able to take your eyes off the electric green drink, anyway. And at 4.5% ABV, this wicked witch-hued bevvy will certainly make you cackle.

Smirnoff ICE Raspberry brings tart berry flavor with a crisp finish. She’s the Glinda the Good Witch to Green Apple’s Wicked Witch of the West. Raspberry ICE’s magical bubbles float on your tongue all the way down to your stomach, protecting you from bad vibes and instilling you with good cheer. Ruby red slippers not included. 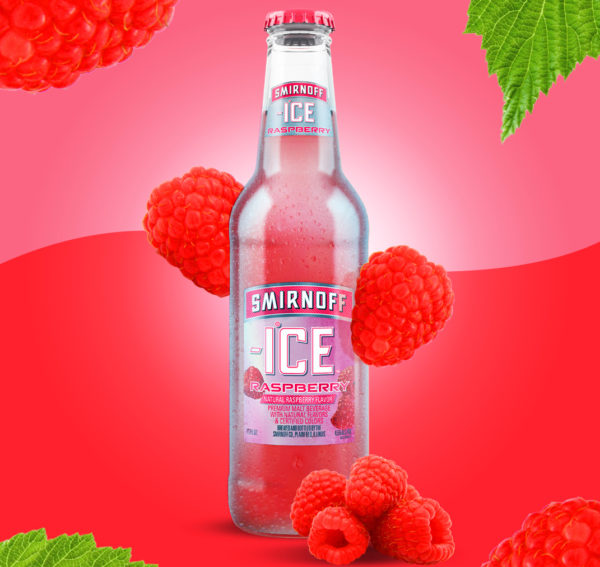 Green Apple and Raspberry are both found in the Smirnoff Ice Party Pack, alongside the original ICE flavor and Pink Lemonade. Only available in a box of 12, the party pack has three bottles of each flavor to keep everyone satisfied. Ice purists can drink the original lemon-lime Ice. Anyone who is already grabbing a daily pumpkin spice latte can satisfy their craving for fall flavors with the Green Apple or Raspberry ICE. And for people who just can’t let the summer party train stop– give them a bottle of Smirnoff ICE Watermelon Mimosa.

Whether you’re bringing them to the beach or to your backyard barbecue, to the campfire, or to the Halloween party, Smirnoff ICE has a fall flavor for everyone. Serve over ice or drink cold straight from the can– Smirnoff ICE is straight autumn vibes. Wait…Is Smirnoff Ice Made With Vodka?Drinks