These Sports/Drinking Leagues in Los Angeles Are SO Cool

Working out in a gym by yourself is boring. What better way to motivate you to go out there and exercise than combining it with socializing and drinking? Check out some of the more “off the beaten path” sports leagues that LA has and maybe you’ll uncover some Stephen Curry-like talents that were previously undiscovered.

Dodgeball may bring back PTSD memories of playground pain, but this adult dodgeball league offers anything but. The league has several locations in Los Angeles (Glassell Park, North Hollywood, Venice, and Highland Park) and doesn’t take dodgeball too seriously. That means gunners out to prove their worth through aggressively playing a kid’s sport probably won’t fit in very well (Rule #1 of the league: Don’t Be A Dick). Games are focused on having fun (each season has a different theme) and socializing (the post-game neighborhood bar visits are pretty popular), as well as a community aspect, because participation in the league and league activities means supporting local community rec centers.

The formula for fun adult sports leagues seems to only require two steps: finding a childhood game and adding booze to make it a bit more wild. When you combine Skee-Ball (that game you played as a kid that consisted of rolling wooden balls up a ramp into certain holes with point allocations) with bars and beer, you get Brewskee-Ball, a national Skee-Ball league that’s about to start Season 2 of its Los Angeles chapter. Brewskee-ball adds to the goofiness further by having teams dress in costume, having Skee-Ball-related, groan-inducing punny team names (shoutout to my San Francisco team from 2014: Les BourgeoiSkees), and having a national championship competition. But don’t be fooled, these players really do love Skee-Ball and take their competitive rolling skills seriously (while having fun, of course). The league takes place Tuesday nights from 6pm-10pm at Arts District Brewing Company (828 Traction Ave.) Ever watch the Midwestern moms kick ass curling during the Winter Olympics and think, “Hey, I can swiffer just as well or better than anyone else. Could I be an Olympian curler?” Well, it’s time for you to prove it. Not only does Hollywood Curling, a volunteer-run nonprofit organization teach you how to curl, it also has a league that meets certain Saturday evenings this summer at Ice Station Valencia (22745 Smyth Drive, Valencia) for you to get your competitive curling on. Since obviously curlers love to party, the league also offers fun social drinking events such as watch parties and beer clubs. Think bocce ball is just a boring picnic sport played by prepsters? Well, think again. Beach Bocce Ball League LA brings competitiveness, fun, and sand to bocce ball with the Venice Beach-based league (Side note: Literally, the directions to finding the league are: “Meet at the white Van. North end parking lot in front of the Waterfront Cafe.” That’s how casual it is.) League games take place on Tuesday nights starting at 6:45pm. Participants are encouraged to wear costumes and create wacky team logos, and the league hosts a barbecue to celebrate league finals. Think of it as real life Pokemon, where you actually get to throw real balls at real things. It’s not like you need an excuse to visit Grand Central Market, so adding drinking and cornhole to the equation makes Mondays something to look forward to. Cornhole, for those not in the know, is the traditional all-American lawn game which consists of throwing beanbags or bags of corn into a raised platform with a hole at the end (thus, the extremely creative name of the game). Points are awarded based on whether the bag goes into the hole or rests on the platform. The low-key nature of the game provides ample time for socializing with new people and enjoying beers from Golden Road Brewing in Grand Central Market. Games start at 8pm and 9:30pm.

Feel like staying in tonight? Order Saucey and have your drink of choice delivered to your door in 40 minutes or less. How to Make a NegroniCocktails & Recipes, Spirits 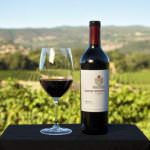 5 Reasons You Need To Be Drinking More California WineLifestyle, Wine