Of all the liquors out there, whiskey is continually associated with elegance, class, and money. But whiskey doesn’t have to be expensive to taste good—far from it.

When people drink whiskey, you often hear them talking about peaty flavor notes, smokiness, caramel, or vanilla. That’s a huge range of possible tastes, so what does whiskey really taste like?

Where is whiskey from?

The history of whiskey can be traced back quite far. While it has never been proven that whiskey originated in the Scotland Highlands, much evidence supports it. For example, whiskey comes from the Gaelic ‘uisge beatha’ or ‘usquebaugh,’ which means ‘water of life.’ This particular branch of Celtic stems from the Highlands of Scotland.

Others claim that whiskey originated in Ireland; again, there is insufficient proof to solidify this claim.

We know that whiskey is a distilled spirit made from fermented grain mash, or sometimes, by distilling beer. The spirit is aged in barrels and made up of grains, including wheat, corn, barley, or rye.

It’s hard to put into words what exactly whiskey tastes like. There are just so many flavors and aromas that it would almost be a disgrace to the drink to describe it all as one. It would be like trying to describe what all flowers smell like together—but we’re going to try anyway.

Whiskey’s taste varies depending on the type. If you try a few different kinds simultaneously, you’ll definitely notice a difference between them. A whiskey’s distinct flavor is typically related to at least one of three things: the grain, the fermentation, and the barrels.

There is a wide variety of grains that whiskey can be made from. When you taste a similarity between whiskey’s chances are, they may be made out of the same grains. Although, different grains do have different tastes. Here are the most common grains:

–   Rye: Rye whiskey typically offers a spicy taste, with distinct flavors of black pepper and cinnamon, along with dill. Often rye is sharp and is intense in terms of spice and dryness. The rye grain ensures that your tongue will get a taste of the signature sting.

–   Corn: Corn whiskey is very sweet and is often elevated by fruity flavors. Corn whiskey can be aged in used barrels, although sometimes it’s sold unaged. Bourbon, a form of corn whiskey, offers sweet caramel notes and an oaky aftertaste.

–   Wheat: Whiskey made of wheat is often very soft and sweet – almost like white bread. It typically has hints of honey, which makes this type of whiskey easier to drink, as it won’t deliver as much of a sting as other whiskey’s.

Another key factor in the taste of whiskey is the fermentation and distillation processes, which contribute to the strength and taste of the spirit. Fermentation is essential as this is where spirit production takes place. The type of yeast used, the temperature at which it’s stored, and the length of time that it’s left to ferment will all affect the flavor of the whiskey. The general rule is that the longer the fermentation period, the stronger the flavor will be.

During distillation, the liquid is heated to form a gas and then condensed back into a liquid. The size and shape of the still used for this process greatly affect the whiskey’s flavor. For example, a short pot still would give you whiskey with a heavier flavor, while a tall one will lead to a lighter whiskey. Whiskey can also be distilled multiple times, and generally, the more distillations a spirit goes through, the lighter it will be.

The final key factor that creates flavor in whiskey is the casks (or barrels) used in the process. Oak is widely believed to be the best type of cask for whiskey. This is because it offers more classic flavors, such as caramel, vanilla, and maple syrup. However, distillers often play with this flavor profile. For example, Jameson Caskmates is aged in barrels that have been seasoned with IPAs, leading to an interesting blend between the two flavors.

One of the best ways to describe the variety of whiskey tastes is by comparing it to other spirits you may be familiar with. Let’s look at some of the basics. 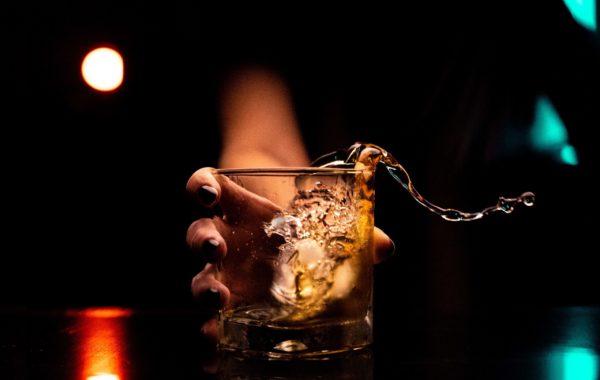 Vodka typically has no taste, smell, or color. However, some people say it tastes like bread, and you can detect hints of sweetness and spiciness. Vodka works great as a mixer and does have a subtle flavor, but don’t expect much.

Whiskey, on the other hand, does have taste, smell, and color. It is full of bold flavors and aromas. That said, these two will both give you that sharp kick associated with liquor rather than the smoother sip that you get from beer or wine.

Whiskey and beer have more in common than most other beverages—which makes sense, considering that whiskey can be made by distilling beer. They both owe their main flavors to grains, but that’s about where the similarities of taste end.

Beer has a far lower ABV and, therefore, is not as strong on the palate. Beer is typically 5%, whereas whiskey’s ABV typically ranges between 40% and 50%.

While beer predominately tastes bitter and hoppy, whiskey frequently tastes very sweet. Bitter whiskey is often stored and aged in casks that are charred white oak. This gives the alcohol its more bitter taste—but that’s not the rule for this spirit.

Another large difference between the two is the temperature at which they are served. While you typically refrigerate beer and serve it cold, whiskey does not follow the same practices. Some people argue that whiskey is best enjoyed at room temperature. Others like whiskey on the rocks (over ice). However, you would never put ice in beer as it would water down the already mild beverage.

Best drinks with whiskey-based on flavor

If you’re looking to experiment and find out what whiskey tastes like for yourself, here are our favorite whiskey cocktails that really capture the wild variety of flavors that whiskey has to offer.

The fruity, warm whiskey flavors become more prominent and recognizable depending on what you mix it with. A lot of the time, sweet whiskey cocktails also elevate hints of vanilla and caramel.

A Whiskey Sour would be a perfect accompaniment for a sweeter whiskey. This keeps things pretty simple, and making it at home will taste much better than any Whiskey Sour you’ve ever bought at a bar.

A Hot Toddy is a great traditional recipe that combines whiskey, honey, lemon juice, and hot water. You can even add a stick of cinnamon for more flavor. We recommend this cocktail for those days when you need something a tad bit stronger than a cup of tea after work.

Sometimes it’s hard to decide if you want something sweet or salty. The great thing about whiskey is that it can provide you with the best of both worlds. We’ve got a long list of peanut butter whiskey cocktails that you are sure to enjoy. These cocktails strike the perfect balance between sweet and salty and highlight the distinct flavors of your whiskey.

When you make a cocktail on the bitter side, the earthy and oaky whiskey elements are truly brought to the fore. A classic Manhattan is a great bitter cocktail that uses whiskey. The cherry garnish is the perfect cherry on top.

Whiskey can be served on ice on various occasions—hence why this cocktail became popular thanks to the Kentucky Derby. For when you’re hot and sweaty on the patio, a classic Mint Julep is the best way to go. It keeps things fairly simple, with whiskey and simple syrup – plus fresh mint leaves – all of which highlight the unique taste of whiskey.

Describing what whiskey tastes like can be quite a challenge, and it’s hard to do so until you’ve tried it yourself.

Try various types of whiskey today with Saucey. With our quick delivery and wide selection, you can put our recommendations to the test and decide what whiskey tastes like for yourself.

All you have to do is order online through our website or use our mobile app. Either way, we can make sure that you have a great time.

IPA Beer: What Is It And How Is It Made?Beer 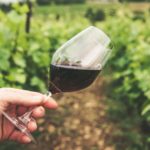 Common Wine Additives And Why They MatterLifestyle, Wine