Why Do Baseball Players Chew Tobacco?

Baseball has had a special place in the hearts of Americans for decades. Since the 18th century, this game has been the most popular sport in the country.

One huge tradition in baseball is the use of chewing tobacco. When baseball was first becoming popular in America, it was common practice for players of all ages to chew tobacco on the bench.

Today, all new players’ tobacco use in the MLB is banned, but many older players still use it during the games. Tons of players use smokeless tobacco when they’re not on the field as well. The MLB has tried to push players toward alternatives like sunflower seeds and bubble gum, banning teams from supplying their players with tobacco. However, in 2021, chewing tobacco is still very prevalent in professional baseball.

In nearly every depiction of the sport, players are shown spitting out mouthfuls of brown liquid in the dugout. Ever seen the movie “A League of Their Own” with Tom Hanks? Even the young kids in that film use chewing tobacco because “all the pros do it.”

Chewing tobacco is also known as “dip,” “chew,” “chaw,” and “baccer.” You consume it by stuffing chunks of tobacco into your cheeks or lips. As the tobacco mixes in with your saliva, you spit. In the course of a baseball game, major league baseball players can go through an absurd amount of chewing tobacco, sometimes running through several tins of it.

So why do players do it? Well, there is a multitude of reasons. To learn more about why baseball players chew tobacco, keep reading below with Saucey.

How the tradition started

If you’ve ever watched a game of baseball before, you probably have noticed that all the players seem to be constantly spitting, whether you’re watching the majors or college baseball. For the entire game, they’re spitting on the floor. If they’re not spitting, they’re chewing on something.

The tradition of using chewing tobacco started for two reasons: the first reason is that players wanted to keep their mouths moist during long games. Thanks to the infield dirt, a baseball stadium can be very dry and dusty, making it difficult to stay hydrated and retain moisture in your mouth.

The second reason is that the tobacco spit helped soften up their mitts. Not only would they chew tobacco back then, but they would also actually spit it out into their gloves, and pitchers would use the juice to throw spitballs.

At first, many ballplayers hesitated to start using chewing tobacco. During this time, the use of cigarettes was discouraged by many athletic trainers, being blamed for players’ fatigue and hitting slumps.

The story of former batting champion and career .308 hitter Michael “King” Kelly was enough to scare players away. Kelly was one of the best players in baseball before his smoking habit finally caught up to him. In 1892, he hit a pitiful .189 and played just 78 games. Most of his critics attributed his decline to his heavy smoking.

The culture of smokeless tobacco use

Besides the functional aspect of the act, the rising popularity of baseball also coincided with the growth of the chewing tobacco market.

During this era, America was trying to differentiate itself politically and culturally from Great Britain. Americans wanted to leave behind the traditions of the motherland and build their own.

Baseball and chewing tobacco were two aspects of American culture that were absent in England. Without a doubt, this exclusivity in the States played a role in the success of these two entities.

Charles Dickens helped further popularize chewing tobacco when he visited America in 1842. During his visit, he referred to Washington as “the headquarters of tobacco tinctured saliva.” Even judges, defendants, juries, and spectators carried their own spittoons with them in the courtroom.

Dickens also reported passing by a medical school and seeing a sign asking students to spit their tobacco into designated waste bins to avoid discoloring the stairs.

The mental aspect of chewing

As time moved on, players started chewing sunflower seeds and gum as alternatives. They also started to use spittoons instead of spitting on the floor. Notably, the dugouts in the MLB were made fully of dirt when the league first started.

For the most part, players could receive the same effects of chewing tobacco as chewing sunflower seeds or gum. As many of them learned, they weren’t chasing the physical effects of the tobacco; they just wanted something to keep their brains busy.

Former Minnesota Twin player Tony Oliva describes this phenomenon well: “When you play the game, you have to have something to entertain you, otherwise your brain goes crazy.” Though Oliva never chewed tobacco himself, many of his teammates did.

In the course of a three-hour game, much of which is spent sitting or standing around, it can be hard to stay engaged.

For others, chewing on something during the game can be a way to stay relaxed. Former NBA player Caron Butler actually used to chew on a plastic drinking straw during each game. At each halftime, he’d replace his straw with a fresh one.

When asked why he does this, Butler responded, “It calmed me down. Then it became one of those things you keep doing.” The league eventually banned Butler from chewing straws during games, saying it was a safety issue.

The MLB has made efforts to end the use of chewing tobacco in professional baseball. In 1993, the minor leagues banned it from ballparks, fining players anywhere from $100 to $1,000 for violating the policy.

The majors have not yet banned the substance, as that would require a change in the collective bargaining agreement between players and owners. A move this monumental could potentially cause a lockout, so the union has resisted the move.

In 2011 though, the MLB and the players’ union agreed not to use chewing tobacco in areas visible to fans. The motivation behind these restrictions was to prevent kids from seeing the act and becoming encouraged to chew tobacco themselves.

Five years later, the league and union agreed to another collective bargaining agreement that would ban new players entering the league from using chewing tobacco.

Since the early days of the sport, the use of chewing tobacco has declined significantly.

Why sunflower seeds and gum?

In baseball, sunflower seeds have become the most popular alternative to chewing tobacco. Players like sunflower seeds because they come packaged in small plastic bags that roll up and fit nicely in their back pockets.

When stored like this, they don’t have to worry about the seeds falling out of the bag, and it makes for easy access when they want to throw some seeds in their mouths to fuel the habit.

There are no long-term health effects. There aren’t any withdrawals like tobacco. You can also spit out sunflower shells onto the field without having to worry about injuring other players.

Chewing gum is also a safe alternative to smokeless tobacco. These habits are much more suitable for a young player to take up.

The risks of chewing tobacco

Chewing tobacco can be as harmful as smoking cigarettes, if not more harmful. In 2014, the baseball world lost a legend in Tony Gwynn, who passed away from salivary gland cancer. Gwynn himself blamed his cancer on his habit of chewing tobacco, a routine he developed as a rookie in the league.

It seems that this age-old tradition in baseball is slowly dying. The league has made its stance on the issue clear. Many players are starting to stand against the prevalence of smokeless tobacco.

Smokeless tobacco has been used in baseball for as long as the sport has existed, and it’s a part of the game. 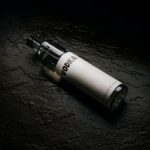 How Much Is A Fifth Of Vodka?Vodka

What’s In A Bahama Mama?Cocktails, Drinks