What Is A Rye Whiskey?

Many people throw the term “rye whiskey” around pretty loosely, and many fail to recognize that rye whiskey is actually a pretty specific spirit. Often people use the terms rye whiskey and whiskey interchangeably, but these spirits are differentiated by location and ingredients—and they’re both worth knowing about.

As a battle with our upstairs neighbors, Canadian whiskey is often referred to as rye whiskey. However, despite the name, we want to clarify that not all Canadian whiskey includes rye grain in its production process. This is a big difference between the two. They claim it’s for historical reasons, whatever those might be.

In contrast, whiskey is a more general term. Whiskey can refer to various types of spirits, including Japanese whisky and Irish whiskey (note the distinctions in spelling). Whiskies utilize different grains such as corn or malt, whereas rye whiskey uses rye grain, specifically.

How is rye whiskey made?

The makeup of American rye whiskey is indeed different from Canadian whiskey.

American rye whiskey is called such since rye is the type of grain that’s used in production. Rye is a type of grass comparable to barley (and, in fact, the two plants are closely related).

American rye whiskey is made from a mash of at least 51% rye. Often, it includes a combination of rye, corn, malted barley, and wheat. Another requirement the American spirit must meet has to do with its proof. American rye whiskey can be no more than 160 US proof, which means 80% alcohol volume. When put into barrels, it can be no higher than 62.5% alcohol volume. The spirit is aged for at least two years and typically is not blended with other spirits – producing what is known as straight rye whiskey.

Canadian rye whiskey, on the other hand, has requirements of its own. One is that the barrels it’s put in cannot be larger than 700 liters, and it must be aged for a minimum of three years.

The taste of rye whiskey

Historically, rye whiskey has been really popular. That said, there was then a point when the spirit went down on the charts, although it’s making a comeback these days.

The rye grain creates a pretty distinct flavor. It offers a spicy and peppery flavor when it comes to the palate and finishes. Some people compare rye whiskey to a hard-edged version of bourbon that is grainy and not as sweet, whereas bourbon is typically sweeter and more full-bodied. Other people have compared scotch to bourbon to rye, although they are all unique in their own ways.

Ever heard of a whiskey sour? A Manhattan? Or even an Old Fashioned? These are all traditionally made with rye whiskey – and boy, are we forever thankful for these cocktails. They make it ten times easier to order a drink when you’re out with friends, have no idea what you want, but still want to sound like you know exactly what you’re talking about when it comes to cocktails. 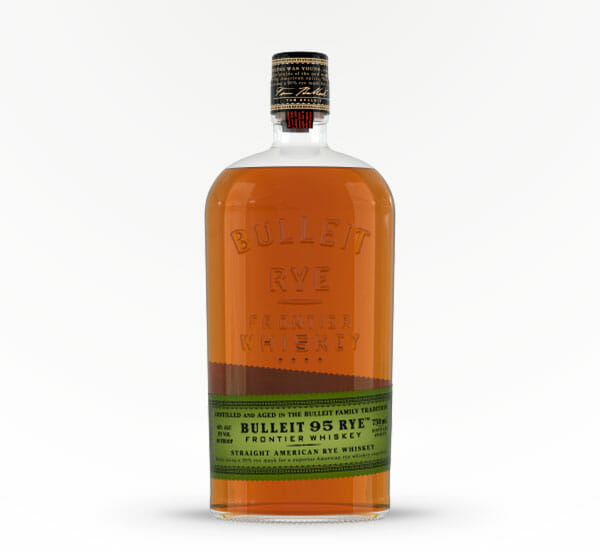 With their recent and well-deserved resurfacing, picking a rye whiskey can be challenging. Maybe you don’t want to admit that you have no idea what we’re talking about. Maybe you’re proud to say you knew all about rye whiskey before this. We’ve listed some of our top rye whiskeys to share with you. This will ensure that you always sound like you know what you’re talking about when it comes to mixology.

You may not be familiar with this one, as it was only released in 2011, but it’s about time you get acquainted. Bulleit Rye Whiskey is true rye or die. This rye whiskey is distilled in Kentucky and presents a smooth finish with faint tobacco and cheery undertones. It is extremely smooth and offers just the right amount of spice.

Double trouble is the High West Double Rye whiskey. Debatably the spiciest rye whiskey in the world, this whiskey is sure to kick-start your day. The rye whiskey presents mint, clove, cinnamon, pine nut, honey, and licorice root flavors, making the overall taste quite complex. High West will leave you feeling high on life, that’s for sure.

Pretty yet powerful is Michter’s US-1 Rye Whiskey. Also, from Kentucky, this whiskey is lightly spiced with pepper and has hints of floral aromas. It’s the floral touch that makes this rye whiskey so pretty. On the other hand, it’s the 84.5 proof that makes it powerful.

For when you’re feeling fancy, try Angel’s Envy’s Rye Whiskey. This rye whiskey spends up to 18 months finishing in small-batch French cognac barrels typically used to finish rum. While this rye whiskey has a higher price tag, it is well worth every dollar. This rye whiskey is one of the best and will live up to all of your expectations.

Maybe you aren’t ready to take a big step and make a big purchase. If that’s the case, more affordable yet still, phenomenal rye whiskey is Knob Creek’s Rye Whiskey. While it is still spicy and has fruit undertones, there are also hints of vanilla and oak in this rye whiskey. Known for its warm and smooth finish, it will make you feel warm from the inside out.

Best of all, you can make drinks with rye whiskey at home. Ordering another round has never been easier. Saucey can deliver you everything you need, and quick. Saucey’s stress-free alcohol delivery means you can let the good times roll whenever you may need it.

Whether it’s during a Netflix and chill, date night, girls night, or Sunday brunch, Saucey is sure to be a crowd-pleaser. Entertaining has never been more effortless since you never need to stress about running out of spirits ever again.

All you need to do is go online and place your order or use our mobile app. Oh, and a valid piece of ID, but that’s a given, of course. Saucey makes trying out new alcohol easier than ever. We also make sticking with the classics even more low maintenance than it already is.

From beer to wine to spirits and liqueurs, Saucey has got it all. You could hypothetically order the entire liquor store and then some through Saucey if that is what your heart desires. Maybe, for now, we all just agree to drink responsibly and not test out that theory. 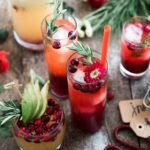 8 Christmas Cocktail Recipes You Can Make In AdvanceCocktails & Recipes 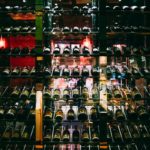 How Many Types Of Wine Are There?Wine