Rum is one of the best spirits you can include in a cocktail. This liquor offers an immense depth of flavor, filled with delicious notes of cinnamon, nutmeg, caramel, vanilla, and more.

Have you ever had a Rum and Coke cocktail? It’s one of the most famous mixed drinks involving rum, as well as one of the most appetizing. This drink was first made in the 1900s in Cuba. It is also known as the “Cuba Libre,” which translates to “Free Cuba.” Rum and Coke is known for its simple recipe and its wonderful blend of sweet and punchy notes. But Coke isn’t the only soft drink that mixes well with rum.

We have the next best thing: the rum and ginger ale cocktail. This drink is what it sounds like. Just swap out your Coke for some ginger ale, and you’re ready to go!

If you’re a fan of well-balanced drinks, this is the cocktail for you! It’s not too sweet; it’s not too strong. It’s a perfect combination of flavors.

To make things even easier, we have a step-by-step guide to help you concoct the best drink possible. To find out more about the rum and ginger ale cocktail, keep reading below with Saucey.

Rum is a distilled spirit made primarily from sugar cane molasses, a byproduct of sugar. When sugar is grown, it naturally produces a dark, brown syrupy liquid called molasses. This substance can be discarded or used for the sweetening and flavoring of other foods.

To make rum, sugar cane molasses are fermented, then distilled. Afterward, it’s aged in oak barrels, anywhere from a year to twenty years.

This spirit originates from the Caribbean but can be made anywhere in the world. Typically though, it is produced in areas where sugar cane is grown. Rum can also be made from sugar cane juice, but it is less common. The history of this spirit dates back to 350 BC, where people in India first fermented sugar cane. Back then, it was used as a medicinal drink.

In the 1400s, rum would start to become known as a recreational drink. Its popularity was catapulted by European exploration. Around this time, European explorers were beginning to open up trade routes around the world.  As a result, they found islands with the perfect climate for sugar cane plantations.

It was the New England settlers that would bring rum production to the next level. Not only did this drink fuel the economy of the American colonies, but it also helped them develop their own culture and separate themselves from Great Britain.

What is ginger ale?

Ginger ale is typically drunk on its own or used in cocktails as a mixer. And most people have had ginger ale before, but few people know where it comes from.

This carbonated soft drink has existed for at least 300 years. Its history is quite murky, but it is believed that it was first made as a homemade concoction in England and Ireland in the 1800s.

In its early days, ginger ale was more like a tonic than a soda. It could essentially be described as sugar water with a touch of ginger root.

By the 1850s, ginger ale had made its way across the Atlantic to New York City. The east coast was the first to experience this bubbly drink. By the 1860s, it had developed into what is now known as the golden style of ginger ale. Golden ginger ale has a sweet taste with a gingery finish. It’s very acidic compared to the previous style of the drink.

It is said that the golden style was invented when a pharmacist named James Vernor left a barrel of ginger ale in his barn before joining the Union Army in the Civil War. He returned four years later. By the time he came back, the ginger ale had been aged, but it wasn’t spoiled. In fact, it was richer and sweeter than before.

Besides the golden ginger ale, the dry ginger ale also features a much paler consistency and a milder ginger taste. It was created by John McLaughlin, a Canadian pharmacist and the founder of the brand Canada Dry. 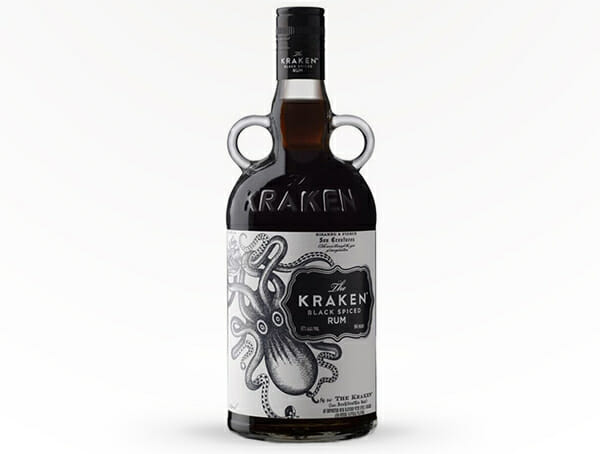 A simple, sweet recipe for a rum and ginger ale cocktail

Now that you know what rum and ginger ale are, you’re ready to make your cocktail!

To start, fill an empty glass with a few ice cubes. Then, pour in your ingredients, using three parts ginger ale and one part rum. You can use any type of rum you want, but it is recommended to use spiced rum or aged rum.

You can also use any type of ginger ale you want. For a sweeter drink, use golden ginger ale. For a more robust drink that allows the flavors of the rum to shine, use dry ginger ale.

Once you’ve got your ingredients poured, stir up your drink with a straw or spoon. Mix it until the rum and ginger ale are fully blended.

Lastly, slice up a wedge of lime and stick it in your glass. Optionally, you can add additional garnishes like orange slices or cherries. And you’re all done. No shaker needed. No unnecessary, expensive ingredients. Just some good ol’ rum and ginger ale.

The great thing about this recipe is that it allows for a ton of creativity. Feel free to play around with the ingredients until you’ve got the perfect mix for you.

Rum has a reputation for being a bit of a rule breaker. After all, it can be made anywhere in the world in a variety of different ways. In the same way, it can also be blended with other drinks however you like!

If you like your cocktails a bit strong, you can opt to use two parts ginger ale and two parts rum in your drink. Just remember that rum is usually bottled at 80 proof, so be prepared for a bold taste!

If you want some extra depth in your cocktail, use a flavored rum like pineapple rum or coconut rum. For those hot summer days, there’s nothing better to sip on than an ice-cold drink full of tropical notes.

To really kick it up a notch, add other ingredients to your drink besides just rum and ginger ale. For some additional fruitiness, try using a flavored liqueur like an orange liqueur or banana liqueur.

If you want to turn your cocktail into a dessert drink, try a chocolate liqueur. White chocolate, dark chocolate, chocolate cherry; there are many flavors you can use to add some flavor to your drink.

There’s nothing better in this world than a refreshing cocktail, especially when it’s easy to make.

Rum is quickly becoming one of the most popular spirits on the market, so there’s no surprise that the rum and ginger ale cocktail is trending too. Of course, you can’t beat the classics. But sometimes, it’s nice to mix things up a bit. If you’ve ever had a Rum and Coke or a Dark and Stormy, you’re sure to love this one. For some extra fun, add a splash of lime juice, and you’ve got yourself a delicious highball.

For the highest quality rum on the market, visit Saucey. We carry nearly 500 different bottles of rum from a variety of brands, as well as ginger ale, so you can get everything you need for this simple cocktail. We’ve got it all from dark rum to light rum to aged rum and spiced rum. 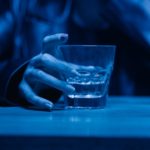 Gin Pillar: Everything You Need To Know About GinGin Best Zoom Drinking Games to Play With Your FriendsApp, Online