10 Ways To Open A Beer Bottle Without A Bottle Opener

Have you ever had an ice-cold Heineken or Corona in your hand and suddenly realized you have no way to open it? So have we. Luckily, there are many ways to open a beer bottle without using a bottle opener. Whether you get caught without your trusty bottle opener keychain, or you just want to learn some cool party tricks, memorizing these methods will ensure you’re never stuck with an unopenable bottle of beer again.

Opening a beer bottle comes down to simple physics. You may have never thought about it from a scientific perspective. Still, once you understand the forces at work when opening a bottle of beer, you can easily replace a bottle opener with various objects and get the same results.

When these three forces are in balance, the bottle cap stays still, and the beer won’t open. One of these forces needs to be stronger than the others to force the cap off.

Theoretically, you can open a bottle of beer by hand if you apply enough pressure. However, most people aren’t strong enough to do this, and since beer caps usually have sharp edges, this can lead to injury. To open a bottle of beer, you just need to apply enough force to overpower the other forces at play. This can be done with various objects and surfaces, so just use whatever method works with what you have around you.

Ways to open a beer bottle without a bottle opener

Before we get into these methods, it should be noted that performing some of these actions incorrectly can lead to injury. Bottle openers are always the safest and most effective way to open a beer bottle. However, if you’re caught in a pinch, these methods can really come in handy.

This is one of the easiest and most effective ways to open a beer without a bottle opener. You’re almost always going to have some type of countertop or a flat surface with a lip on it.

To do this, place one edge of the bottle cap on top of the table, hold the neck of the bottle tight, and use your other hand to slam down on the bottle. You want to be forceful but not so rough that you break the glass.

Be careful not to let the bottle slip out of your hand. If you’ve never done this before, it may take a few tries to pop the cap off. Also, you probably shouldn’t do this on your friend’s nice kitchen counter or wooden table, as applying too much force makes chipping the surface likely.

As crazy as it sounds, with the right folding technique, a regular dollar bill should be able to pop the cap off your beer bottle. Fold your dollar bill vertically, then roll it up as tight as possible. Fold it in half again, and then the bent edge should be extremely sturdy. Place the bent edge under the lip of your bottle cap, and push upwards. Your bottle cap should pop right off.

If you have a basic lighter on hand, you’ve got yourself a bottle opener. Get your bottle, and place your hand on the bottleneck, leaving just enough space between the top of your index finger and the bottom of the bottle cap to place the lighter. With your other hand, push the outside edge of the lighter down. This should create enough force to pop the cap right off.

If you wear rings often, you’ll find this method especially useful. Plus, you don’t even have to go searching for an object to open a bottle with. As usual, with your ring on your finger, place your hand over the bottle, with the underside of your ring right under the bottle cap. Tilt your bottle 45 degrees, grip the top, and pull back.

Any kind of key should be able to open a bottle fairly easily. Hold your beer in your non-dominant hand, and use your other hand to place the long side of the key under the cap. Twist the key upward to slightly loosen part of the cap, turn the bottle, and repeat until the cap becomes loose enough to slip the point of the key under and release the top. 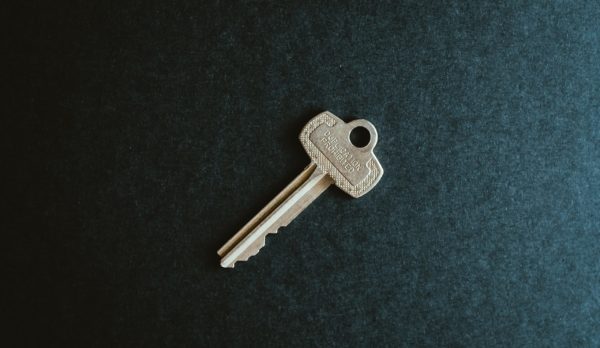 Nowadays, many belt buckles come with built-in bottle openers. Even if you just have a regular belt buckle, it should still do the trick as long as it’s sturdy. Remove the belt from your pants, and place one edge of the buckle under the cap. Use your thumb to push down on the other side of the buckle with enough force to release the cap.

If you like in a home with a door that latches, you have a built-in bottle opener. The metal plate surrounding the hole where the latch is inserted is called the door strike. This is what you’ll be using to open up your beer bottle. Tilt the bottle, and wedge the cap into the door strike. Gently tug the bottle backward. This should pop the cap off fairly easily.

You may not know it, but your silverware drawer contains several bottle-opening implements. If you use a fork, stick a single tine underneath the lip of your bottle cap, and work it back and forth until the cap loosens enough to pop off.

Spoons also work extremely well as bottle openers. Grip your bottle’s neck with one hand, then pick up the spoon with your other hand. Position your thumb and pointer finger around the spoon’s base, then stick the spoon’s lip beneath the cap, and use the leverage to pry it off.

If you’ve got a toolbox sitting around, you’ve got a variety of ways to open up a bottle of beer. A flathead screwdriver is a perfect example of one of those tools. All you have to do is wedge the flat end of the screwdriver under the cap and use the leverage to loosen the cap until it comes off. A claw hammer will also work. Just turn it upside down, position one of the forks beneath the cap, and lift until the cap pops off.

Another method you can use to open one beer bottle with another involves giving one bottle a swift kick, so make sure you’re wearing shoes. Hold both bottles in one hand, both facing upwards. Position them, so one bottle’s cap is wedged under the lip of the other. Hold the bottles below your waist and slightly behind you, and kick the bottom of the bottle whose cap is wedged under the other. Kick firmly, but not so hard as to break the glass. The bottle cap should pop off in one or two firm kicks.

There are very few things worse than having a cold beer in hand but no way to open it. Luckily, with these fun beer opening hacks, you’ll never have this problem again. There are so many objects you can use to open a bottle of beer. All it takes is a basic understanding of physics and a little creativity.

For all your beer delivery needs, trust Saucey. We offer an incredible variety of lagers, IPAs, Pilsners, ciders, and anything else you might want. Plus, we have speedy delivery and no order minimums. Treat yourself to a six-pack tonight.