A Complete History of Dominican Rum

Who doesn’t like some good ‘ol rum? Coming in various colors, rum usually has an ABV of about 40% and contains notes of caramel, spice, and gingerbread. Though some versions are fairly dark in hue, it starts out clear like all distilled spirits.

Today, we’re going to be discussing Dominican rum. In the Dominican Republic, rum is more than just a drink; it’s a culture.

Rum in the Dominican Republic

It is unknown where the word “rum” originates from. Some say it’s taken from the last syllable of “Saccharum,” which means “sugar” in Latin. Others argue that it’s a derivative of a phrase in British slang, “having a rum time.”

With how prevalent this spirit is in the Dominican Republic, you would think the name came from there. Not only will you find this drink at nearly every resort on the island, but you will also find it littered throughout the local bars and restaurants.

There are few drinks as revered as rum in this country, and for a good reason. Dominican rum is special because it is made almost entirely in oak barrels.

The sugar cane is harvested in an oak barrel. Then, it’s fermented, distilled, and aged in the same vessel. It is aged for a minimum of a year. In the Dominican Republic, these are the requirements of all rum producers.

Another rule regarding Dominican rum is that it must be completely produced within the country’s borders. Through this process, the authenticity of the rum is fully preserved.

If you can visit the Dominican Republic, it is practically mandatory to enjoy a glass of rum. Before you visit this island, though, it’s crucial to get situated with some customs. Learn more about Dominican rum below with Saucey,

The history of rum starts in the Caribbean in the 1620s. It was discovered that the derivative of sugar known as molasses could be fermented into alcohol.

The spirit didn’t immediately take off. At about the halfway point of the century, a publication from Barbados called rum “a hot, hellish, and terrible liquor.”

In 1929, this would all change, as a young Spanish man named Julián Barceló launched one of the first rum companies on the island, Barceló & Co. He started the brand with three of his brothers.

The first two rums produced by the company were known as the “Jacas” and “Carta Real.” They were fairly successful in their first year but faced significant setbacks when a San Zenon cyclone barrelled through their land and decimated their distillery.

The cyclone proved to be one of the most devastating disasters in Dominican history, leaving 8,000 people dead and many more injured. Discouraged by the event, Julián’s brother Andres pulled out his company’s share and moved to Puerto Rico.

It was up to Julián and Andres to rebuild the brand. It took years of hard work, but eventually, they could get back to the place they once were. Their success was catapulted by Julián driving all over the country to promote their rum in person.

Before they knew it, Barceló & Co. was back on its feet and better than ever. Today, now known as Ron Barceló, they are the fourth largest exporter of rum globally, distributing to over 50 different countries. Not only that, but their rum has won several awards.

Barceló & Co. now produces over 10,000 gallons of rum every single year. The business has grown massively, but the dedication to high-quality rum remains the same. What you need to know about Dominican Rum

Despite being a Caribbean nation, the Dominican Republic isn’t typically known as a rum-producing country. This island, which makes up the eastern two-thirds of the island of Hispaniola, is more regarded for its cigars and coffee.

Unfortunately, Dominican rum has been largely absent in the mainstream media and in literature. This is sad to see, considering how affordable and high-quality Dominican rums are.

The first rum distillery in the Dominican Republic, Bermudez, was built in 1852, and it’s still up and running today. Their rums are known for their smooth but bold tastes.

Another classic rum brand from the island is Brugal, which is known for its distinctly robust flavor. Their most popular product is the Añejo, a bronze medal winner of the 2007 San Francisco Spirits Competition and the best-selling rum in the Caribbean.

Brugal is possibly the most prevalent rum brand in the nation. The Brugal family has been making rum in the Dominican Republic since 1888. Few other companies can compete with their level of quality.

Of course, the originator of rum, Ron Barceló, is still active and producing a variety of great products. Their Gran Platinum has a beautiful clear appearance, carrying notes of citrus, vanilla, and dried fruits. It is aged in American white oak.

Overall, much of the rums found in the country have a delicate, creamy texture that is often lacking in other rums. This trait is especially apparent in Brugal rums. This character could be attributed to the low sulfur content of the molasses used on the island, though no one knows.

Several types of rum are exported from the Dominican Republic. From white rums to gold rums to spiced rums and anejos, there are many different styles to indulge in.

White rums and gold rums from the Dominican Republic are traditionally aged one to three years in oak barrels. They are smooth, easy to drink, and great for cocktails. They are also extremely affordable. With a little bit of digging, you can find a bottle for less than $20.

In Dominica, spiced rums are huge as well. Generally, any rum that has had a local herb or spice added is labeled “spiced.”

Añejo is a term used to refer to a rum that is aged for multiple years in an oak barrel. There aren’t many legal guidelines on using the term in packaging, so it is seen on a ton of Dominican rum bottles. Añejo rums are typically served on the rocks.

There is also a type of Dominican cocktail that is very popular and can be found in many markets and street corners in the region. It’s called mamajuana and is a homemade blend of rum, honey, red wine, cinnamon, and Brazilwood. Many Caribbean shops create their own variations of this drink as well.

Rum is commonly referred to as a sailor’s drink. In the eighteenth century, sailors were known for using this classic spirit as currency. It is even said that they would mix a bit of their rum with gunpowder to avoid getting ripped off. If their drink ignited, it was real.

Throughout history, rum has had other purposes as well. It was even used as a beauty product during the 1800s, with many people claiming that it strengthened the roots of your hair.

Recently, this distilled spirit has finally begun to receive the recognition it deserves. More publications are beginning to talk about it, and it seems like this drink is starting to be seen in more circles of people.

It has also started to receive some attention as a cocktail ingredient. Some popular rum cocktails include the Mai Tai or the Mojito.

Still, though, Dominican rum is hidden in the shadows. Despite how much the country’s natives love their rum, the industry hasn’t quite been able to reach international heights. At least not yet.

Sales are up in the export market. And Dominican rums are slowly making headlines. With how distinct and high-quality the rum from this island is, it’s only a matter of time before people start to realize its potential.

If you’ve never tried Dominican rum, what are you waiting for? We also carry an abundance of wines, beers, and other spirits. Visit our site to order now. 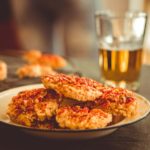 What is the Best Beer For Beer Batter?Beer, Food