If you’re a new drinker who feels completely intimidated by the world of beer, don’t worry, you’re not alone. With so many varieties and styles of beer out there, how do you know what you like? What does any of it taste like?

If you’re looking to become a beer connoisseur, here’s a primer on what different types of beer taste like. We’ll define some common beer-drinking terms, dispel some beer flavor myths, and tell you what flavor characteristics to expect in popular beer styles.

What is beer made of?

Beer is made from a few standard ingredients: water, malt (usually derived from barley), hops, and yeast. Beer goes through a complex process that involves extracting raw materials with water, boiling, and fermenting. Each different style of beer is made with slightly different ingredients and a slightly different production process. Hence, certain beers will have different flavor characteristics.

Barley, the most prominent grain used in brewing, creates the sugar when the yeast turns to alcohol during fermentation. Barley contributes grainy flavors, like crackers, bread, and toast, and can also add flavors like caramel, dark fruit, chocolate, and coffee.

There are a few key beer terms that every novice drinker should know. These terms often show up on beer labels, so it’s important to know what they indicate regarding flavor.

We’ve broken down the most popular beer styles and given them flavor descriptors to help you better understand what each type tastes like. These descriptions are very general, and different brands may vary when it comes to flavor notes. However, it’ll give you a good idea of what to expect when you order each variety at a bar. 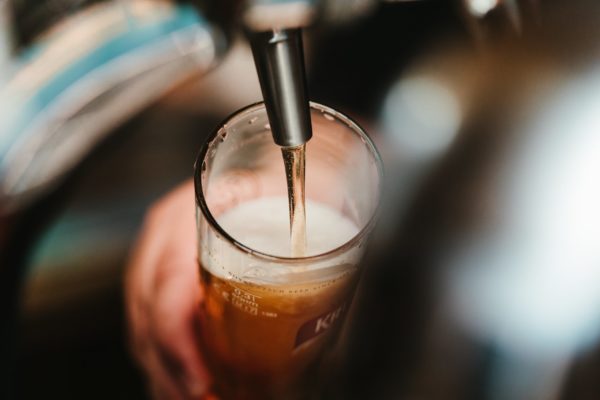 Pale Ales are typically blonde or orange in color, and they prominently feature hops in their aroma and flavor. They’re usually slightly bitter but well-balanced with the sweetness from the malt or fruitiness from the yeast. Popular varieties of Pale Ales include India Pale Ales, or IPAs, and Imperial IPAs, which have an ABV% of 7.5% or higher. IPAs are usually known for being more bitter than regular Pale Ales.

English Pale Ales are typically more balanced in flavor towards their barley characteristics and have caramel, bread, and cookies flavors. In contrast, American Pale Ales usually have a much greater emphasis on their hoppy flavors and usually have notes of citrus, tropical fruit, and herbs.

As the name suggests, Amber Ales are amber-colored and can incorporate flavors such as caramel, toffee, toast, sugar cookies, nuts, figs, or dark fruit. Just like Pale Ales, English varieties of Amber Ale are typically more focused on the sweet barley flavors. At the same time, the American versions tend to focus more on the hoppy qualities and have a more pronounced bitterness.

Brown Ales and Porters are fairly similar in flavor. Porters tend to have a slightly more roasted malt bitterness. Brown ales typically have less alcohol, bitterness, and flavor intensity than porters. However, both include barley that has been roasted, similar to coffee beans or cocoa nibs. This adds chocolatey, coffee-like flavors to the brews, in addition to the caramel malt flavors already present in ales.

Stouts are similar to Porters. They just kicked up a notch. They have the balance of a Brown Ale or a Porter but with more roasted flavors. Stouts can have a wide range of ABV percentages, bitterness, and flavor profiles. There are dry Irish Stouts that are bitter and easy to drink and Sweet/Milk Stouts that are very sweet and chocolatey.

Wheat beer is often misunderstood. Many people associate wheat beers with intense banana and clove flavors found in German wheat beers or the citrus zest and clove notes that characterize Belgian wheat beers. However, both of these flavors come from the yeast rather than the wheat itself. European wheat beers typically focus on fruity and spicy flavors, while American wheat beers are more like Pale Ales, with more body and fresh bread aroma.

Lagers are often considered the lightest beer option. The unifying flavor profile of lagers is their extremely clean fermentation profile and a balanced and nuanced flavor profile. The delicate flavors found in lagers are typically derived from the malt selection and the usually floral hops.

Lagers can range from American Adjunct Lagers, like Budweiser and Coors, to more flavorful blonde Helles Lagers. Pilsners are also technically in the Lager family and have highly aromatic hops aromas.

Sour beers have very unique and complex flavors because they’re made from non-traditional yeasts and bacteria. Most sour beers are light, tart, and highly approachable. They often have fruit or spice additions, which can be incredibly pleasant. More funky, intense sour beers tend to be aged in oak barrels rather than stainless steel tanks. Sour beers usually take many years to produce.

Beer can have various flavors and aromas, depending on the ingredients used to make it and the brewers’ techniques during fermentation and production. If you think you don’t like beer’s flavor, we encourage you to try out some of the different varieties on this list. You may discover something new you like.

If you don’t want to get off the couch to try a new variety of beer, order from Saucey. We offer speedy delivery and no order minimums on a huge variety of wines, beers, and spirits. Treat yourself to a brand new six-pack of beer today. 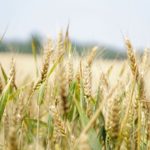 What Is Vodka Made From?Vodka Our Favorite Merlots Under $25Wine