What Does IBU Stand For?

There are tons of terms used to measure how the beer tastes. You may have heard light vs. dark, hoppiness, sweetness, and maltiness. In the same conversation, you may have heard a term called “IBU.” What does IBU stand for, and what does it really mean when used as a flavor descriptor?

This article will break down exactly what IBU means, how it’s measured, and the IBU measurements of common beers.

What does IBU stand for?

Beer needs to have a variety of components to taste balanced. There is sweetness, maltiness, and bitterness to balance out the bready, toasty, caramelized aspects of the malt. Without some bitterness, beer would taste far too sweet and unbalanced.

While bitterness is a crucial component in beer’s flavor, it is not like hoppiness. Hops are added in at various points during the production of beer. The time that hops are added, either early or late, will give different qualities to the finished beer. Hops added early in the boil provide a lot of bitterness. These beers that have hops added early will have high IBUs. Adding them later in the process will give more of the actual flavor of hops.

IBUs are measured on a scale of 0-120. However, it’s unlikely you’ll see a beer with IBUs lower than five or higher than 100, as the human palette typically can’t detect anything beyond that. Examples of styles with low bitterness in the five to 15 IBU range are Light American Lagers or German Weissbier. In the 50 to 80 IBU range, Styles with higher bitterness are American IPA or a dark Imperial Stout.

The origins of IBU

The method of measuring beer’s perceived bitterness dates back to the mid-20th century, and the process has evolved over time. Before the introduction of IBU, there were two different methods for measuring the bitterness of the beer.

In 1955, P. Kolbach and H. Schilfarth extracted the bitter substance from beer using chloroform and then weighed the dried extract. However, the solvent they used extracted other substances, and it was necessary to measure the unhopped wort to make a correction. This process was ultimately time-consuming and not fully accurate.

The process was later refined by F.L. Rigby and J.L. Bethune, who took iso-octane extracts of the acidified beer and diluted them methyl. This produced an alkaline that could be measured by UV light, and the results were confirmed by a tasting panel. To improve the accuracy of this process, Rigby and Bethune developed Method Two, in which the iso-octane extract was washed with acidified methanol to remove impurities. Both methods calculated results as iso-humulones and this process became the industry standard.

It was accepted by all that the Rigby and Bethune method produced accurate results. However, since it was such a long process, other, quicker methods were preferred. In 1964, the Analysis Committee of the European Brewery Convention (EBC) and the Isohumulone Sub-committee of the American Society of Brewing Chemists (ASBC) conducted studies to determine the accuracy of multiple methods.

The EBC and the ASBC concluded that the Rigby and Bethune method was the most accurate and agreed to adopt it officially. The results found using the method would be called International Bitterness Units, or IBU.

Is beer with higher IBU better?

IBU is a ranking of bitterness, not quality. Beer with a high IBU isn’t better or worse; it’s just a matter of personal preference. Beer is all about the balance of ingredients and flavors, and every person prefers certain flavors to be more prominent. Some people like the taste of bitter beers; some people don’t.

The perceived bitterness of a beer is also not an exact science. The keyword is “perceived.” Bittering hops are added early in the beer boiling process, and the longer the hops boil, the more bittering acids are released. IBU is essentially a measurement of how much hop resin is in the final product. The higher the IBU count, theoretically, the more bitter the beer should taste. However, that is not entirely true.

Bitterness can often be masked by sweetness, such as with Barley malt sugars. Most of the sugars are consumed by yeast during fermentation and aren’t expressed as ending or finishing gravity. If there are two beers with the same alcohol content and IBU, but one has a higher finishing gravity, the one with the lower finishing gravity will taste much more bitter because the other has more sugars to balance it out. We’ve broken down some of the most popular styles of beer and their IBU ranges.

IPA, or India Pale Ale, is the most popular craft beer style today. Its calling card is hops, which impart aromas and flavors like citrus, spice, tropical fruits, pine, and berries. There are various styles of IPA, from American to English to West Coast to New England.

Each variety has its own unique qualities. All IPAs are known for their bitterness; however, West Coast and American varieties are especially bitter. Popular IPAs on the market today are Lagunitas, Dogfish Head, and Elysian. American IPAs usually range from 55 to 70 IBUs, while English IPAs usually have 40 to 60 IBUs.

You can also have double or even triple IPAs, also known as Imperial IPAs, which double or triple the typical amount of hops. The result is an extremely hoppy, bitter beer with malty depths and a high ABV%. Double IPAs can range anywhere from 65 to 100 IBUs.

Pale ales are usually lower in hops than IPAs, as well as ABV%. They have a more balanced malt character and are medium-bodied and easy to drink. Popular types of pale ale include American amber ale, American pale ale, blonde ale, and English pale ale. Because of the reduced hops, they usually have lower IBUs than IPAs.

The best example of a pale ale is the Sierra Nevada. American pale ales range from 30 to 50 IBUs, while American amber ale is even lower, ranging from 25 to 40 IBUs.

Lagers are typically the entry point into beer for new drinkers. They’re made with bottom-fermenting yeast with a lower tolerance to alcohol, and they taste light and a little malty. Many popular lagers are on the market today in America, including Miller High Life, Coors, and Budweiser. American lagers typically have very low IBUs, ranging from 5 to 10 IBUs.

Stouts are usually very dark beers, and their flavor depends on where they come from. Sweet stouts usually come from Ireland and England and are known for their low bitterness. In fact, Ireland produces the world’s most recognizable stout, Guinness. Stouts produced in the US typically combine the dark body and creamy notes with hoppy, bitter flavors of American beer. Overall, stouts are typically sweet, full-bodied, and slightly roasty. Irish stouts typically range from 25 to 45 IBUs, while American stouts range from 35 to 60 IBUs.

Pilsners originate from the Czech Republic and are a specific subset of the lager category. German pilsners tend to have a pale gold color and a crisp flavor, while Czech pilsners are slightly darker and higher in bitterness. Popular pilsners include Stella Artois, Modelo, and Pacifico. Pilsners typically range from 25 to 50 IBUs.

Belgium has a rich beer culture, and many Belgian beers have gained popularity within the US. Belgian beers can be pale ales, dark ales, fruity beers, and sour ales. Typically, Belgian beers are defined by their fruity, spicy, and sweet flavors, high ABV%, and low bitterness. Popular Belgian beers include Shock Top, a Belgian white ale, and St. Bernardus Tripel. In general, Belgian beers can range from around 15 to 45 IBUs.

IBUs are just one of the measurements used to describe beer flavors. Combined with hoppiness, maltiness, and sweetness, bitterness helps to create a balanced flavor profile. Certain types of beer are more bitter and have more IBUs, while other types have less. More IBUs don’t make a beer better or worse; it’s all up to personal preference.

For all your beer delivery needs, you can trust Saucey. We offer speedy delivery with no order minimums. So, you can get beer, wine, and spirits delivered right to your door any time you please. Shop our extensive beer catalog, and treat yourself to a six-pack today. 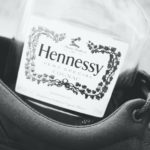 A Brief Guide On How to Drink Hennessybrands, Drinks, History