How Many Calories Are In White Claw?

If you consider yourself a casual drinker, you’ve probably had a White Claw by now. This trendy hard seltzer has taken the alcohol industry by storm.

With two brands leading the charge, the hard seltzer market reached over half a billion dollars in 2019. Seventy-five percent of the market share is maintained by Mark Anthony Brands’ White Claw and Boston Beer Company’s Truly.

The summer of 2019 is where White Claw really took off as a brand. In fact, in July alone, the brand grew by nearly 75%. By the end of that summer, the brand controlled more of the market than almost all American craft breweries combined.

It is predicted that this market share will grow exponentially year over year, estimated to hit $2.5 billion by 2021.

In the past, seltzers weren’t really recognized as a respectable drink, at least when it comes to alcohol. However, that’s all changed within the past few years, as some brands like White Claw are becoming more popular than beer brands.

So, how many calories are in a White Claw?

You may have heard the expression, “There are no laws when drinking Claws.” However, that isn’t necessarily true for those who are watching their calories. People prefer White Claws over beers because they’re lighter and generally have fewer calories. It definitely is a lot less taxing on the conscience to down five cans of White Claw instead of five bottles of Corona, or worse, five bottles of a heavy stout beer.

A single can of White Claw contains 100 calories, 5% alcohol, and just two grams of carbs. This is the ideal drink for those trying to watch their calorie intake and beginners looking for an accessible drink.

The history of the spiked seltzer market

White Claw didn’t invent the hard seltzer. The first spiked seltzer was actually created by SpikedSeltzer, now known as Bon & Viv, a part of Anheuser-Busch. SpikedSeltzer launched in 2012 and earned enough credibility to be picked up by Mark Anthony Brands (MAB).

Take a walk through your local grocery store. You’ll probably notice an abundance of new health-related products that emerged in the past year or two: LaCroix, kombucha, Keto supplements, and gluten-free foods.

As a result, many drinkers, especially millennials, began searching for a way to replace their beer and sugary cocktails with a healthier option. This void was filled by White Claw.

The demand for this seltzer became so high that there was a shortage of this beverage during September of 2019. The year after, the brand came back stronger than ever, releasing three new flavors, including lemon, tangerine, and watermelon.

The popularity of this drink was galvanized by the use of the hashtag #ClawLife on social media. Before we knew it,  influencers everywhere were drinking this seltzer.

Few brands can compete with the hip aesthetic that White Claw provides. It is a cool, stylish drink that is driven by the youth. Today, White Claw has established itself as the standard for alcoholic seltzer.

White claws and the history of carbonation

Technically, the history of White Claw (and all kinds of seltzer) dates back to the 18th century, when English chemist Joseph Priestly first infused water with carbon dioxide. This invention earned him the nickname “the father of the soft drink.”

Unfortunately, this title is all he ever received from his creation. Priestly was never able to reap the financial benefits of his invention, but it was his work that would birth an entirely new drink market.

This bubbly water formula became popular relatively fast. In 1799, Thwaites’ Soda Water opened in Dublin, where the first sugary carbonated product was marketed to the public.

By 1865, producers began releasing different flavors of the beverage. During the 19th century, sodas would be released in pineapple, orange, lemon, apple, pear, plum, peach, apricot, grape, cherry, black cherry, strawberry, raspberry, gooseberry, and melon. Soda was an absolute hit, and the industry was just getting started.

In the 1950s, the first mainstream sparkling waters and seltzers were released. These drinks were looked at as beverages of elegance. They were highly sought after, so much so that New Yorkers started hiring delivery men to drop off seltzer to their homes.

A decade later, an entirely new drink would take over the alcohol industry: the Vodka Soda.

Around this time, John F. Kennedy was president of the United States. And the people adored him. This love for the president was so eminent that a vodka soda spinoff was named after Rose Kennedy.

This concoction consists of vodka, seltzer, and a dash of cranberry juice.

In the 1970s, there was yet another shift in people’s drink preferences. This change was sparked by Anthony von Mandl, a fresh-faced entrepreneur right out of college, who made a name for himself by selling imported wines out of his car in Canada. He was so successful with his DIY business that he was able to purchase his own vineyard. This vineyard would be known as Mission Hill Winery.

Even more importantly, Von Mandl was able to help revolutionize the industry. While most of his competitors were slinging sugary wine coolers, he found a way to add a twist to the drink by using malt in the recipe. And thus, malt drinks were born.

Other brands soon adopted Von Mandl’s recipe. Coors released their own version called Zima but had little success. Even David Letterman ridiculed the drink on The Late Show.

None of this discouraged Von Mandl, though. He had a vision for the future, and he knew that malt beverages would be a huge part of it. Seeing the criticism from the public, he worked to refine his recipe until it was perfect.

One essential part of Von Mandl’s journey was researching the market. He found out a key fact about the male drinking demographic that would guide his future endeavors: nearly 25% of men don’t actually like the taste of beer but drink it anyway because they don’t want to be seen drinking something else.

Toxic masculinity played a significant role in the purchasing decisions of males. His goal was to create a drink that appealed to those males who craved an alternative drink.

His idea was to innovate a sweeter, more sugary drink in a beer-shaped bottle. The result was Mike’s Hard Lemonade. Von Mandl put out this product in 1999 under a new company named Mark Anthony Group.

Just like before, Von Mandl’s creation would be imitated by other brands. Spiked beverages like Twisted Tea would come soon after, and before you knew it, the market was flooded.

This trend would eventually move to spiked seltzers, where Von Mandl would also throw his hat in the ring. Mike’s Hard Lemonade was a success, but it wasn’t the splash that he was looking for.

He aimed to outdo himself again, this time with a seltzer to shake the industry. The result? It was White Claw. It turned out to be the greatest innovation of Von Mandl’s life, quickly outgrowing his previous products.

Today, there are more variations of White Claw than ever. Do you like mango? What about black cherry? You can also branch out and try other seltzers in flavors like raspberry rosé.

Feel free to indulge without worrying about the calories. These drinks were designed for those conscious about their health but still want to have a good time. If that sounds like you, it might be time to pick up a White Claw.

Whether you’re at a formal event or a laid-back gathering with friends, you can’t go wrong with a White Claw. With how tasty they are and with how low their alcohol content is, you can drink ‘em all night long as well.

Spiked seltzers are dominating the market right now. For how long? Well, that remains to be seen. But for now, it’s best to take advantage of the plethora of amazing seltzers out there and enjoy some new drinks.

If you’re looking for a broad selection of White Claws, as well as other spiked seltzers, take a visit to Saucey. 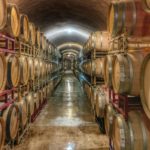 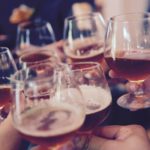 Duvel Beer: Everything You Need to KnowBeer