Rum is one of the most popular spirits on the market today. It seems that more restaurants, bars, and liquor stores nationwide are starting to stock their shelves with the drink, and with good reason.

There are few spirits that offer the boldness and unique spice of rum. Not only does this spirit pack a punch, usually hovering around 40% ABV, but it also has an impressive smoothness that is you can’t always find in other liquors.

As with all vices, though, it is important to consider the health implications of rum. The alcohol industry, as well as the food and drink industry as a whole, is rapidly moving toward a sustainable, health-conscious future.

A huge element of this movement is the effort by liquor brands to create gluten-free products.  We’ve seen gluten-free beers and gluten-free vodka. But what about gluten-free rum? If you’re someone who is intolerant to gluten, you’ve probably asked yourself this question at some point.

It can be a challenge to find drinks that are quality but safe. Many brands are secretive about their ingredients too, which makes things even more difficult. Fortunately, there are some precautions you can take. There is also a ton of information out there that could help alleviate your anxieties when shopping for a gluten-free drink.

Well, in short, all rum is actually void of gluten. When rum is first distilled, there isn’t a single trace of the protein in the drink. However, additives like flavorings and spices that contain gluten can be used in rum.

So how can you know for certain that your bottle of rum has no gluten in it? Find out below with Saucey!

Before diving deeper, it is important to establish a firm understanding of what gluten is. Gluten is a protein that most wheat products contain. It acts as a glue, holding together wheat, barley, Kamut, spelt, farro, durum, bulgur, rye, and semolina to form the shape of the food.

Gluten is produced naturally and cannot be separated from the grain. If a grain already has gluten in it, it is impossible to make it gluten-free.

For instance, soy sauce is made from soy and fermented, crushed wheat. Though the soy is free of gluten, the wheat contains gluten. That is why you can’t make a gluten-free soy sauce without completely changing its recipe.

When a person who is intolerant to gluten consumes food containing gluten, they may experience symptoms of bloating, diarrhea, constipation, stomach pain, headaches, fatigue, and more.

Before enjoying a glass of rum, you should have a solid understanding of what the spirit is. This slightly sweet, nutty liquor originates from the Caribbean and is produced from fermented, distilled sugarcane molasses. It is aged in oak barrels, sometimes for up to 25 years.

Molasses are produced as a byproduct of sugar cane. It is taken from the residue left over after the sugar has been crystallized from sugar cane juice. This juice contains up to 5 percent sugar. After distillation, though, the sugar will not be present.

If you’re intolerant to gluten, you probably already know that sugar doesn’t contain any gluten. Well, sugar cane doesn’t either. Therefore, we can safely conclude that rum is, in fact, a gluten-free spirit.

To be totally safe, make sure your rum is pure, without any gluten-containing additives. Unfortunately, it can be difficult to know for sure sometimes, as many brands fail to disclose what additives they use in their products. When in doubt, don’t drink it!

Look for a rum brand that is transparent with its ingredients and includes all these details, either on the packaging of its bottles or on its website online. If a company is secretive about their use of additives, chances are, they probably use cheap or harmful additives they don’t want their customers to know about.

Luckily, more and more brands today are starting to reveal whether their products are gluten-free or not. Always do your research before purchasing a rum, especially if it isn’t purely distilled.

Another note to make is that there is a risk of gluten cross-contact in facilities that make products with wheat, barley, or rye. To be safe, look up the brand’s production process and if they separate their gluten products from their gluten-free products.

The Many Varieties of Rum

Although rum is known as a Caribbean spirit, it’s produced all around the world. From each distinct region of rum producers, there comes a different style of the drink.

For instance, Dominican rum is known for its earthy, smoky profile, which stems from its unique production process. Much of the rum produced in the Dominican Republic is grown from volcanic soil. People also say that the rum from this region is smoother than other variations of the spirit.

Then there are sweeter, more tropical rums like traditional Caribbean rum. Ever had a bottle of Malibu? This coconut-flavored drink is a good representation of what this area’s rum tastes like. It’s sugary, it’s vegetal, and it’s clean. Not all Caribbean rums are flavored with coconut, but many of them are fruit-flavored.

There are also generic categorizations of the spirit, which are usually split up into light or white, dark or gold, and spiced.

As for light or white rums, they are usually a bit smoother than the other variations of the drink. In addition to being easier to drink, they’re also less complex in flavor, containing a smaller range of notes than their dark or spiced counterparts.

Dark or gold rums are exactly what they sound like. They range from light amber to black in appearance and are typically more robust in flavor than white rums. The palate of this type of rum is rich and dense, commonly containing notes of butterscotch, vanilla, and caramel.

Next, there are spiced rums. Spiced rums contain additional ingredients that alter the overall flavor of the spirit. The manufacturer will generally list what spices are used in their blend, but they aren’t required to by law. That means if there’s little information surrounding the ingredients of a particular spiced rum, it might be best to avoid it.

The Many Different Brands Of Rum

When it comes to quality rum, there are a few brands that top the list. Some brands that provide some awesome gluten-free rum options are Bacardi, Captain Morgan, Myers, and Ron Barceló.

Plain rums from all of these brands are gluten-free, but you should double-check their ingredients before buying any of their flavored rums.

These brands all have top-notch production processes and are very open about their ingredients, so it shouldn’t be too difficult to find. You can also check forums and blogs to see if other rum enthusiasts have covered the issue.

The most famous of this rum-making quartet is undoubtedly Bacardi, which has been producing elegant spirits since the 1800s.

In the United States, Bacardi rum is probably the most commonly seen type of rum. Whether you’re at a restaurant, bar, or you’re just browsing the shelves of your local liquor store, you’re sure to find a bottle of Bacardi. The company has publicly stated that their Superior, Gold, Select, and Bacardi 151 (be careful, this one is strong!) are all gluten-free. They have said that all of their flavored rums are gluten-free as well.

Captain Morgan is a company known for its variety of rums. From white rums to dark rums to spiced rums, this brand has it all. They have a number of unique flavored rums as well, like coconut and grapefruit.

The brand has stated that their Original Spiced Rum has no ingredients containing gluten, but it is not tested for trace gluten. They have not commented on the gluten content of their flavored rums.

Currently, there are no public records disclosing the gluten content of Myers or Ron Barceló rums. However, it can be assumed that their unflavored rums are gluten-free. Both brands have reputations for producing rums with high purity.

All in all, rum is a relatively safe drink for those who are gluten intolerant. You should always do your due diligence and make sure the specific bottle you’re drinking is safe, but if you’re looking for a spirit that has a lot of gluten-free options, rum is a solid choice.

You should also be extra careful when drinking cocktails, particularly if you’re not the one making it. When mixing a bunch of ingredients at once, the room for risk increases exponentially. Even just the garnish in your drink can contain gluten.

Contrary to popular belief, there are a ton of spirits out there for people who are gluten-intolerant. Rum is one of them. And without a doubt, it’s one of the more delicious options!

For the top-quality rum on the market, there is no better place to shop than Saucey! We carry nearly 500 various types of rum from dozens of different brands. From light rums to dark rums, to lightly aged rums to rums that have been stored for over twenty years, we’ve got it all. 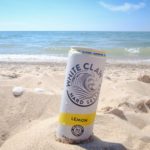 How Bitwine Is Turning Wine Into Virtual NFTsBehind The Brand, Wine